Halifax Water should stop poisoning us

Adding fluoride to our drinking water is unnecessary, harmful and expensive. 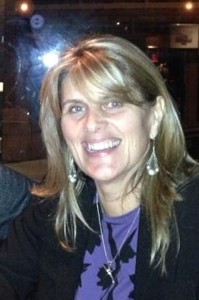 Halifax has tried to convince residents that tap, not bottled, water is best for everyday drinking and cooking, for some time now. Tap the Tap, a new campaign by Nova Scotia pediatricians, is urging parents to get their kids consuming tap water. While water is always a healthier choice than sugary drinks, and Halifax Water provides an excellent product, unfortunately the utility also chooses to fluoridate HRM water. This optional step in municipal water treatment has led many citizens to resort to buying bottled water or home filtration systems, in order to avoid the added fluoride.

Why would an educated individual with no aversion to science choose to avoid fluoridated water? Safe Water Halifax members started meeting because we were unconvinced of the pro-fluoridation arguments we've heard. There is a strongly documented body of scientific evidence which opposes fluoridation on multiple grounds: it does not prevent cavities in children or adults; it is linked to hypothyroidism and thyroid cancer; it leads to discoloured teeth (fluorosis) and brittle bones. The chemical additive sodium hexafluorosilicate, which is added to fluoridate water, is a substance which Halifax Water customers pay for. The argument that it is a "free" treatment is invalid---the cost is part of our water bills.

There is a passing of the buck when it comes to who is responsible for the decision to fluoridate in HRM. Halifax Water notes on its website that the use of fluoride is controversial, and defers to the provincial medical officer of health's opinion on the substance. His opinion is not binding: there are Nova Scotian municipalities which opt not to fluoridate, and at least one in which high levels of naturally occurring fluoride were being removed from municipal water at great expense.

Ultimately, what is at issue is not the right to use fluoride---if individuals choose to buy fluoridated toothpaste and get fluoride applications at the dentist, that's their personal choice. The problem is when the sodium hexafluorosilicate is added to the municipal water treatment chain, leaving citizens with no choice other than bottled water if they want it fluoride-free. (Brita filters, incidentally, cannot remove fluoride from water.) Opting out of imbibing the chemical becomes the choice; the default position is consuming a drug most of us were never prescribed, at a dose which is dependent on how thirsty we are.

Just think: if Halifax Water was adding any other drug/chemical to the water, would you be concerned? Should tap water be used as a distribution medium for medication?

In other communities across Canada, there's been debate about municipal water fluoridation. Citizens have spoken out against unnecessary additives in their drinking water, citing scientists like environmental chemistry and toxicology professor emeritus Paul Connett, PhD of St. Lawrence University; dentists like Dr. Hardy Limeback, a biochemistry PhD and former head of preventive dentistry at the University of Toronto. Yet in some locations, such as Cape Breton Regional Municipality, council has short-circuited meaningful debate about fluoridation. This is typically done by accusing opponents of fluoridation with "not understanding science" and belittling them with ad hominem attacks.

Whenever fluoride debates erupt, the "what about poor children?" argument is dutifully trotted out. Considering that every inexpensive toothpaste on the market contains sodium fluoride, it is very easy for even the poorest families to access fluoride, should they wish to. This allows parents to control their children's exposure to fluoride, thus preventing the unlimited dose that kids get when they are drinking fluoridated water throughout the day. Fluoride-free toothpastes are expensive; if a parent wants to avoid the substance, they had better have deep pockets.

Israel is ending all fluoridation in summer 2014, citing health concerns. No community will be allowed to continue the practice. Last December, Moncton voted to end fluoridation. CBC News reported that the move would save the city $100,000 annually.

Safe Water Halifax is a recently created group, and we would like to meet with other residents of HRM who want their water fluoride-free. We don't wear tinfoil hats or talk about conspiracy theories---the goal is simply to work together to encourage the end of Halifax Water's fluoridation practice. You can find us on Facebook or Twitter @safewaterhfx.

Dana Landry is a founding member of Safe Water Halifax. She works in the natural health field and hopes to '”ap the tap'”once the fluoride is gone.