Halifax to rally for rent control this weekend

The policy, which exists in PEI, Ontario, Manitoba and BC would mean landlords have to stop jacking up the rent by however much they feel like. 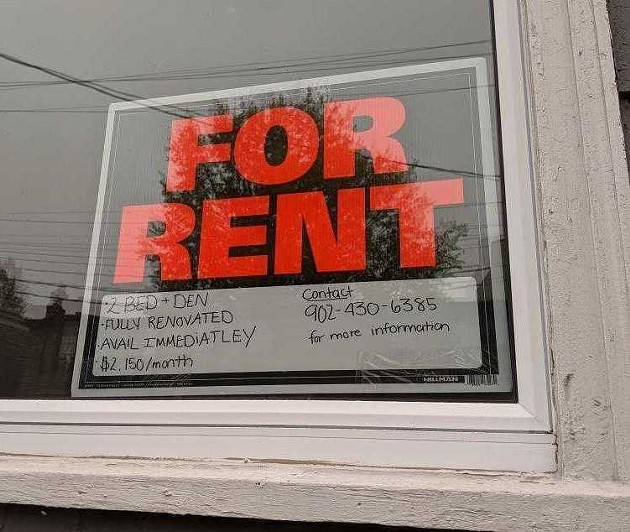 SUBMITTED
A notice for a unit currently for rent at 2323 Agricola Street. A two-bedroom unit in the same building was renting for $1245 in 2017. That's an increase of 43 percent over three years.

The rent at Aidan Tompkins’ three-bedroom apartment on Almon Street went up by 29 percent in 2019. He and his roommates were paying $1,345 for the three-bedroom unit before the notice from his landlord came four months before lease renewal.

“It hit us pretty hard. We had to reassess our budget, had to cut a lot of things out,” says Tompkins who’s earning just above minimum wage as a cook.

In The Coast’s 2019 rental housing survey, 45 percent of respondents said their rent was going up in the next year—and on average, rents were increasing by five percent. In Nova Scotia, there’s no restriction on how much rent can increase, just that it can only happen once a year. Across Canada, provinces with controls on rent increases cap the jump around two percent—with Ontario putting an all-out freeze on rent increases for 2021.

Low vacancy rates, booming population growth, an influx of Airbnbs and slow building on new units all contribute to Halifax’s landlord’s rental market that regularly sees huge increases like Tompkins’—whose 29 percent increase in 2019 was upped again this year by $75 a month. This one he did not honour because it wasn’t presented by the landlord with the required four months’ notice.

On Saturday, Tompkins, who’s a member of ACORN a rental tenancy union for low and moderate income tenants, will be lending his voice at a rally for rent control happening at the Grand Parade outside City Hall at 2 pm.

The rally will see attendees march to the province house as they demand a change in Nova Scotia’s renting policy. Fight for 15 and Dalhousie Legal Aid are going to be present in solidarity says Hannah Wood, Peninsula Chair of ACORN. “It’s an opportunity for people to come and be part of the fight for rental reform and rent control.”

She says she’s heard of increases of up to $900. “Right now, we are really in a crisis point with housing where housing is becoming increasingly unaffordable for people and people’s rights to stay in their homes are being trampled upon.”

Wood maintains they will continue to fight until they get what they want—rent control. “I hope to show both the city and the province and the Liberal party that we’re very serious about this,” she says.

Not only is this a rally for a provincial change with regards to rent, Wood also hopes people who come out can be educated holistically about other situations in the province “and learn how they can be informed and organized and how they can fight for rent control themselves individually.” Like how rent control did exist in Nova Scotia until 1993, when then-premier John Savage’s Liberal government took it away.

Any effort to put it back in place falls on the provincial government, but almost 70 percent of Halifax’s newly-election regional council told The Coast the policy should exist in Halifax. (John Savage’s son, mayor Mike Savage, answered no.)

Like many others in Halfiax, because of the pandemic Tompkins is only getting three to four days of work, but still has to pay the same amount of rent. A ban on evictions due to COVID-19 to help renters who'd lost or changed work was cancelled by the government at the end of June, and Tompkins says the fair rent act favours only landlords. “Our fair rent act is called just that—a fair rent act. But there’s nothing about it that’s fair.”