$8,000 operating grant from the city isn’t quite enough to keep the lights on, but it’s something to build on. 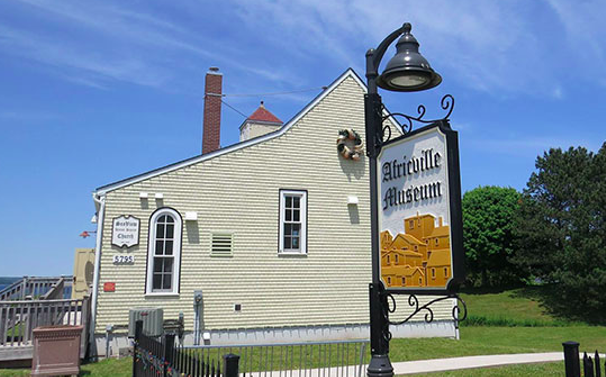 VIA FACEBOOK
The province's funding process is failing many small museums.

Halifax is stepping in to help keep the Africville Museum running. On Monday, the city’s grants committee approved a three-year operating grant of $8,000 to help the underfunded museum keep its lights on.

This is a first for the municipality. The money is coming out of an interim community grant program that helps support a host of museums that have struggled to lock down enough provincial funding to stay running.

“The concern was raised particularly for small community museums,” says grant team leader Peta-Jane Temple. “Many of those are volunteer-based, so even if they're only open through a relatively short summer season, some were experiencing burnout—these groups were struggling with the core operating funds."

The Africville Museum is no exception.

In the 1960s, the north-end African-Nova Scotian community known as Africville was demolished under a of urban renewal. Families were displaced, buildings were torn down and the land was left largely unoccupied for decades.

As part of the reparations for this painful moment in Halifax’s history, in 2010 Halifax mayor Peter Kelly formally apologized to the residents and descendants of Africville for the demolition and displacement of their community.

As part of this settlement, the city granted a $3-million settlement and 2.5 acres of land to build a replica of Africville's Seaview United Baptist Church that would double as an interpretive centre. The museum opened its doors to the public in 2011 and has been running off its original settlement money ever since.

The museum’s general manager, Juanita Peters, says they’ve always known the money would never be enough. The museum has secured a number of grants for specific projects over the years and makes some money from admissions fees and fundraising, but keeping the lights on, heat running and staff paid is a heavy price to carry.

“Without operational funding from the city or municipality or province, it makes it very difficult for small museums,” says Peters. “In order to continue reaching the public, it's not a casual thing. It has to be done with intent and it has to be consistent so people know that you're there."

The problem with provincial funding is not really about a lack of intent. The province only doles out funds to museums which meet the criteria set out by the Community Museum Assistance Program. Qualifying museums are evaluated every three years, and must maintain a minimum score in order to keep their museum status.

Peta-Jane Temple says this rigorous evaluation process is part of the reason so many small museums are running out of operating funds. The municipality's interim grant program is meant to help bridge the financial gap for museums that have yet to be accredited by the provincial government.

According to Peters, the Africville Museum has yet to ask the province for any operating funds. The $8,000 grant from the city isn’t quite enough to keep the museum running—the organization originally applied for the maximum $15,000—but Peters says any new influx of money will go a long way.

“It's not enough, but it's certainly more than we had before and something to build on.”

Now, she says, the museum can turn its attention to drawing funding from other avenues, including collaborations and partnerships with other organizations at the local, provincial and even national level.

“We are a federal national historic site so we will be going to the feds this year in hopes that they have something for us, enabling us to sustain something that they have labelled and considered a very important part of Canadian history,” says Peters.