Any level of government can take charge on health care and harm reduction. 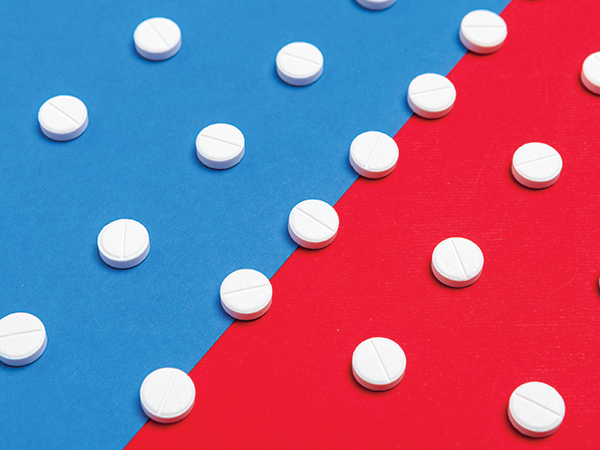 While the second wave of the COVID-19 pandemic shows no signs of slowing, another Canadian public health issue is worsening: The opioid crisis. Across the country, we are experiencing record-high numbers of drug-related deaths. Last week, in a move to mitigate this crisis, Vancouver city councillors unanimously voted to request that the federal government decriminalize the possession of small amounts of illicit drugs.

Could decriminalizing drugs also be needed in Halifax? The COVID-19 pandemic has worsened mental health worldwide, including that of Nova Scotians. With fentanyl now in the province, taking measures to prevent further deaths and harms from the opioid crisis is necessary.

Despite Canada’s legalization of cannabis in 2018, the use of illicit drugs like cocaine or fentanyl is still considered a crime under federal law. This is despite the fact that drug policies have been changing across the globe. In countries where drug use is decriminalized, it is still considered a crime to sell or traffic drugs, but using drugs is just an administrative offence. Rather than going to jail, people who are found to be using drugs pay a fine or do community service instead.

Portugal was the first country to decriminalize drugs in 2001. Other nations, including Norway and Switzerland, have followed suit, with the view that addiction should be treated as a health issue and not a crime. Even President-Elect Joe Biden argued in favour of decriminalizing drugs in the final presidential debate, and the election that saw his victory also saw a string of US states voting in favour of cannabis legalization. “No one should be going to jail for a drug problem" said Biden, "They should be going to rehabilitation."

A recent study from a top medical journal found that in regions where injection drug use was decriminalized, rates of HIV infections decreased. Other studies have shown that decriminalizing drug use helps to reduce deaths due to overdose.

The decriminalization of drugs will also help us to dismantle this country’s deep roots of systemic racism. Nova Scotia is certainly no exception to this issue. We know, for example, that racialized individuals in the province more often experience random street checks. And data from 2019 show that despite the fact that Indigenous women make up less than 6 percent of women living in Nova Scotia, 18 percent of imprisoned women in the province are Indigenous. Drug decriminalization is a necessary part of the anti-racist movement.

Even police organizations are advocating for legal changes. Julia Cecchetto is the president of the Nova Scotia Chiefs of Police Association. In an interview with the CBC from earlier this year, Cecchetto spoke in favour of decriminalizing drug use, saying that it would be “...very helpful to our at-risk citizens within the province.”

Former federal health minister Jane Philpott also spoke recently in support of drug decriminalization in Vancouver. Canada’s current health minister, Patty Hajdu, has the power to make such a change. It helps that Hadju has also been an active advocate for harm reduction. In a tweet from earlier this year she said “it has never been more important to provide harm reduction and treatment services to people who use drugs.”

It has never been more important to provide harm reduction and treatment services to people who use drugs. https://t.co/Znz3IC5RbZ


Katya Korol is a graduate student from Nova Scotia currently studying community health at the University of Northern British Columbia.
Sarah Fraser is a family physician practising in Nova Scotia and Yellowknife. She is the new Co-Director of Dalhousie University's Medical Humanities Program and can be found on Twitter at @sarahfrasermd.