Halifax settles on a budget, lets go of its Big Truck Energy 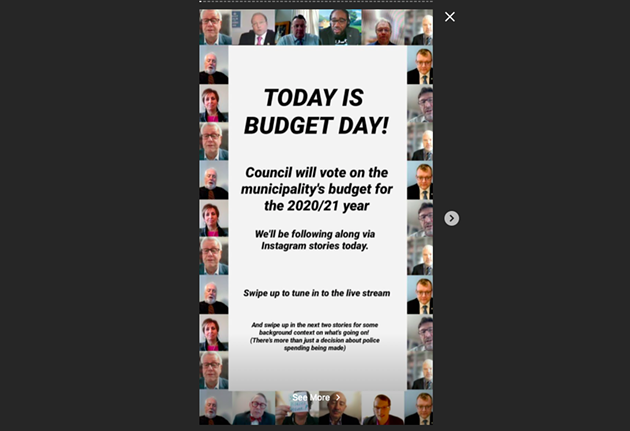 Yesterday Halifax Regional Municipality's budget committee signed off on the recast budget for 2020/21 after a lengthy COVID-induced rejigging.

In total, the municipality has budgeted $1.1 billion needed for this fiscal year, which will run until March 31, 2021. Thanks to COVID that budget is smaller than it would have been, but, thanks to councillors pushing to keep some projects and services alive, it's still bigger than it could have been.

The process, which kept the tax rate the same as least year (but not the tax bill, which will go up $27 thanks to inflation and property assessments increasing), was a gymnastic effort of financial loop-de-loops that will see more debt being taken on, more reserve money being spent than normal and a sizeable number of big capital projects (Cogswell) being deferred.

The average single-family home's tax bill will be $167 a month, and the commercial tax rate stays the same—although the bill is increasing 1.4 percent thanks to factors that are not your local government daring to raise taxes.

But councillors didn't spend much time yesterday talking about any of that, having settled on most things (including the police budget) before this week's meeting.

In a good-conscience move, councillors and the mayor Mike Savage voted to cancel the purchase of Halifax Regional Police's Big Truck Energy machine, a $368,000 armoured vehicle. The originally budgeted $500,000 for the vehicle—whose delayed delivery allowed a window for HRM's councillors to be moved enough to change their minds about buying it—will go back to the fleet budget, to be spent on things like snow plows and street sweepers.

And the cost of the tank will come out of reserves and be added to this year's budget, with $36,000 to the public safety office; $53,500 for the office of diversity and inclusion; and a rounded-up $300,000 to fund the fight against anti-Black racism in HRM—which could take place from within the police department or in other areas of the municipality. A staff report with a plan will return to council at a future date.

There was no formal discussion about calls to defund or reallocate police dollars, but councillors made hints that there'd be room for discussion in the future. The ARV was part of last year's budget, and the money to support anti-racism efforts will not come out of the police budget for this year.

The Coast covered the discussion and decision over on our Instagram stories. Visit our profile and tap on the Budget highlight to watch the day unfold and see people's questions answered throughout the day. To watch with sound, make sure you open the highlight on your mobile device.

If you don't have a phone or an Instagram, you can watch what happened here, but you won't get any sound or the ability to swipe up on the links within the info.

Council also approved bike lane and crosswalk upgrades to the pedestrian hell-scape that is Dutch Village Road, gave the green light to two historic property redevelopments—the Kenny-Dennis and Acadian Recorder buildings at 1724 and 1740 Granville Street—and deferred the decision to grant additional density to a swanky 12-storey hotel development at the corner of Brunswick and Gottingen Street, saying it needed more information about the "Public Aboriginal Visual and Performing Arts Gallery" the developer was proposing in exchange for the extra height.

Caora is the City Editor at The Coast, where she writes about everything from city hall to police and housing issues. She’s been with The Coast since 2017, when she began as the publication’s Copy Editor.