Halifax rockers The Everywheres are on Broad City tonight 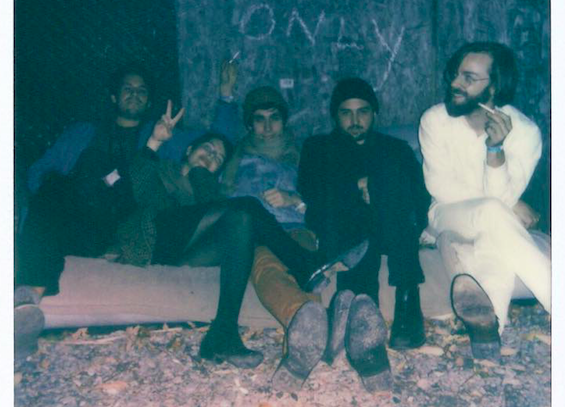 "This really is one of the great success stories of recent pop history," explains the band's lead, Sam Hill, on how the song made it to Comedy Central's hit. "Jessi Frick, who runs Father/Daughter Records in San Francisco, sent me an email back in December. They are beautiful folks who decided to put the first record out back before I ever even really had these friends in the band. She asked me if I would be up for having 'Watch it Grow' in an episode of Broad City. I had never seen the show, but some pals swear by it so I said sure! It's been a pretty surreal journey."

The soundtrack selection couldn't have come at a better time for The Everywheres. "We were going to break up the band, but after our recent success with Broad City we took a step back and realized 'Wow, we must really have something special,' says bassist Adam Gravelle. "We have a few performances lined up for next month, and we are adding a new member, trying to refresh things a little bit for that." The as-yet-unrevealed mystery newb will get on drums to support Hill, Gravelle, Rilla Word (organ/keys) and Nicholas Hanlon (guitar).

"We also have a spot at Flourish Festival in Fredericton in April and we are going to release a new album as soon as the mixing and mastering is finished," says Gravelle. "The new album was going to be called Dignity Fever, but then we changed it to Swish and we just recently decided to call it Broad City." What a bunch of comedians.