Renting in Halifax in 2023? Bring cash—and lots of it | News | Halifax, Nova Scotia | THE COAST

Illustration: The Coast. Photo: Jan Walter Luigi / Unsplash
Rental housing costs are going up, up, up in Halifax in 2023.

New year, same affordability crisis as the province grapples with a widening gap.

Haligonians bemoaning the cost of housing in the HRM now have definitive proof: The average monthly rent for a one-bedroom apartment in our small Atlantic city is higher than in Kelowna, Kitchener, Calgary, Ottawa and pretty much everywhere that's not Greater Toronto, Vancouver or Victoria.

Per the latest Rentals.ca report, a national overview of rental rates in Canada’s priciest housing markets, Halifax is currently the 10th-most expensive Canadian city in which to rent a one-bedroom apartment, at $1,987/month. That’s a 24% jump from last January—and among the highest year-over-year leaps of any Canadian city listed in the report.

The picture isn’t much better if you’re looking at two- or three-bedroom units. The former will run you $2,318/month, the report finds—almost $300 more per month than when Service Nova Scotia minister Colton LeBlanc announced an extension of the temporary 2% rent cap in October 2021 to fight “never seen before” housing challenges. Three-bedrooms come in at $2,804/month, making Halifax the seventh-most expensive Canadian city for a three-bedroom apartment.

And while the HRM continues to grow, more Haligonians are starting to feel the pinch.

‘There’s next to nothing available’

Artist Robyn Badger had lived at the same Dartmouth address for nine years before new owners took over the building last summer. It was a modest place—450 square feet—but a font of inspiration for her paintings and a source of healing after surviving earlier trauma.

“The front room is my safe space,” she told The Coast last July. “It has big, huge windows and looks over Sullivan’s Pond. It has great light at the end of the day.”

A personal portrait of the housing crisis: Robyn Badger's apartment of nine years is the artist's biggest inspiration and the place where she began healing from trauma. As she challenges her eviction notice, her inspiration—and safe space—have never felt further from reach.

Along with the new owners came an eviction notice for Badger—a relocation that, she figured, would come with a 200 to 300% rent increase wherever else she could find next.

“My whole world just kind of fell apart,” she said. “I knew right away that was going to cause a lot of problems, because there’s next to nothing available. And there’s definitely no consideration of low-income people out there.”

No urban centres in Canada saw as much growth as those in the Maritimes last year. According to new Statistics Canada data, Halifax’s population grew by 4.4% from July 1, 2021, to July 1, 2022. Only Moncton (5.3%) grew at a faster rate.

The pace of Halifax’s growth has surprised even those who have followed it for decades.

“I’ve been involved in the Atlantic economy for 25 years, I’ve seen nothing like this before,” Patrick Brannon, a senior researcher at the Atlantic Provinces Economic Council, told CBC News earlier this week. Last year, Nova Scotia’s population hit the million-mark for the first time ever.

But while Halifax has grown tremendously—its population is now roughly 480,500, per StatsCan—much of that growth has come from outside of the province. Over 20,400 more Haligonians came from elsewhere in Canada or internationally last year, compared to those who left the province. Meanwhile, 124 more Nova Scotians moved out of Halifax to elsewhere in the province compared to those who arrived. And while StatsCan doesn’t show insights into why they left, we already know the answer for some: It’s the cost of living.

That’s what prompted Charlotte MacDonald to leave Halifax for her parents’ home in Cape Breton when her fixed-term lease came to an end last summer. She’d been living in a Chebucto Road bachelor suite for three years. Rent was manageable: She’d signed on for $900/month. 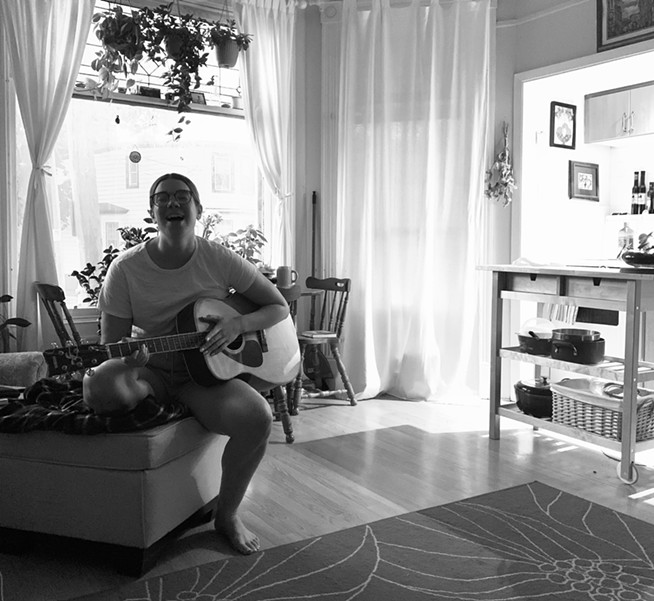 But when her landlord opted not to renew her lease in order to convert her apartment into an Airbnb rental, MacDonald knew it’d be nearly impossible to find another place to rent with the same budget. And a one-bedroom apartment would’ve been out of her price range.

The Nova Scotia government’s temporary rent cap—which limits rental rate increases to 2% annually—expires on Dec. 31, 2023. It was first introduced in November 2020 as a means of helping Nova Scotians through a difficult first year of COVID-19. (“Now is not the time for people to be worried about putting a roof over their head,” then-housing minister Chuck Porter said at the time.)

While both Houston’s administration and its predecessor have spoken of the need for affordable housing, neither has opted to make the temporary rent cap permanent.

The temporary cap was initially set to expire last February, until premier Tim Houston’s government opted to extend it for another 23 months. But while both Houston’s administration and its predecessor have spoken of the need for affordable housing, neither have opted to make the cap permanent. Instead, the delayed lifting of protections has loomed as a sort of Sword of Damocles over tenants’ heads: When the cap lifts, landlords and property managers will be able to raise tenants’ rates without any restrictions, other than those set forth by the Residential Tenancy Act. That limits landlords to raising a tenant’s rent once a year, but it sets no bar on how high a landlord can raise the rent.

And while that may be a boon to landlords, it’s a problem for Hannah Wood, co-chair of the Halifax Peninsula chapter of ACORN Canada, an advocacy group for low- and moderate-income people facing housing, pay and disability concerns. She was part of the group that lobbied for Nova Scotia’s rent cap—and says the state of rent increases in Halifax was “egregious” before its introduction. 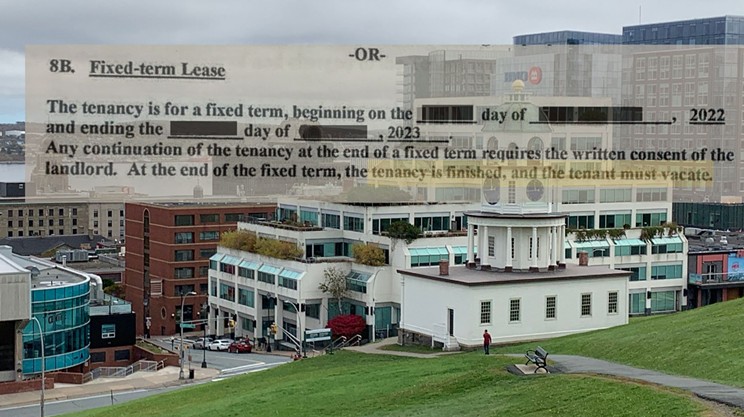 Nova Scotia has a fixed-term lease problem: Housing, legal advocates say the ‘loophole’ doesn’t exist in some provinces—and it should be closed

“So many people came forward with the massive rent increases that they were getting,” she told The Coast in October. “Some people’s rent was literally doubled.”

Wood would like to see rent caps made permanent—and tied to units, rather than tenancies, so that landlords can’t circumvent the cap with short, fixed-term leases and different tenants.

The Coast reached out to both Service Nova Scotia and the province’s Department of Housing for a response on if the provincial government would consider extending—or making permanent—the temporary rent cap, along with extending the cap to between tenancies.

“We engage regularly with our stakeholders on topics related to Residential Tenancies such as the temporary rent cap,” a provincial spokesperson replied, adding that “many factors will be looked at” as the rent cap expiration date approaches.

—With files from Morgan Mullin