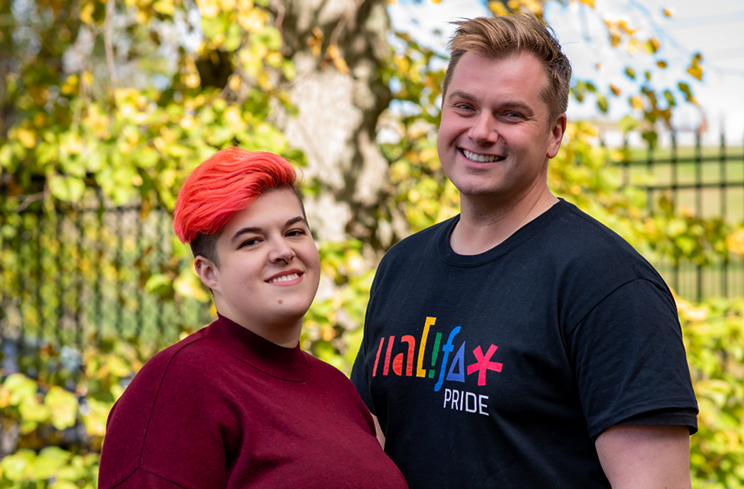 It’s time to count Halifax Pride Festival among the ever-growing list of organizations in the city’s cultural sector that’s switching up its leadership: Longtime executive director Adam Reid announced earlier this week he’s stepping down from his position to pursue new opportunities after six years in the role. Reid gave The Coast the scoop a couple of weeks before the fest’s official announcement, when we called him up to congratulate Pride on winning gold in the category of Best Festival in this year’s Best of Halifax Readers’ Choice Awards.

“In these current days of Pride, if you're not creating a festival that allows for all members of the 2SLGBTQ+ community who want to come together and flourish, then, you know, we're kind of missing the mark,” Reid told us then, before saying it’s the many hands behind the scenes who make the fest the winner it is. “I just feel like I'm so, so proud of the 2022 team of staff and volunteers who were just really phenomenal this year. And this is my last year as executive director of Halifax Pride. So it's incredibly rewarding to wrap things up with such a well-received festival.”


Reid’s tenure at Pride was a busy chapter in the organization’s history: As the first-ever executive director of the annual event, Reid “was tasked with stabilizing the organization and ensuring the festival reflected the needs of the 2SLGBTQ+ community,” as the fest experienced exponential growth, a release announcing the departure begins. With growth came concerns of inclusivity and diversity that the fest has strived to meet in recent years: “Following years of criticism for failing to support racialized and trans and non-binary communities, Reid focused on rebuilding trust, implementing a new strategic plan, and charting a new course for Halifax Pride.” (The release also announced the departure of longtime fest operations and communications manager Fiona Kerr.)

Halifax Pride has yet to announce an interim executive director or when it expects Reid’s position to be filled. The 2023 festival will be held from July 20-30.