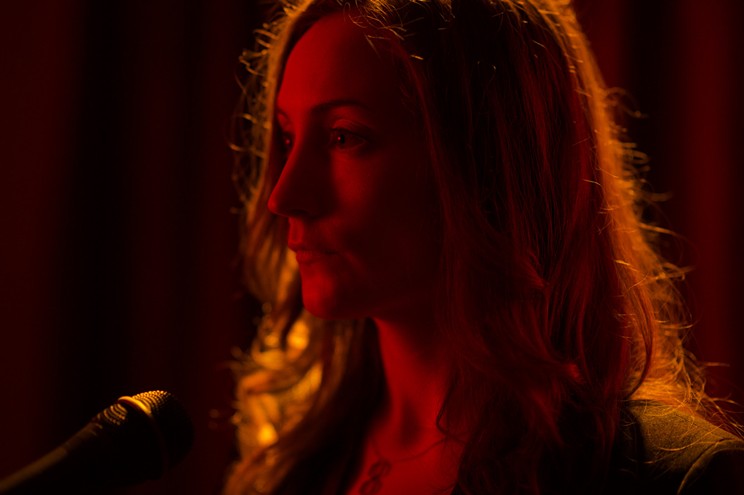 It's a not-well-enough known statistic that two-thirds of Canadians know a woman who has been abused physically, emotionally or sexually—but it's a fact that's been seared on the brain of director Tara Thorne. A former Coast staffer (we shared a double-wide desk in the summer of 2016), Thorne's simmering, provocative debut feature—titled Compulsus—stems from this figure, jutting outwards like an extended middle finger to the patriarchy as it lays out what it's like for one woman and her friends (main character Wally) to live under this knowledge.

Inspired by Thelma & Louise, Compulsus bills itself as "an incendiary queer drama for the Me Too era," following Wally into the night as she, in the words of the synopsis, "takes physical revenge on abusive hipster men on behalf of the survivors who can’t." Starring a ream of Halifax talent-of-note (like Eastern Front Theatre helm Kat McCormack and award-winning actor and filmmaker Koumbie), the flick was shot on location around town—mostly in the north end.

Thorne was awarded a spot in the prestigious Telefilm Talent to Watch program, which helps emerging filmmakers finance the production of their debut features (past alum include Ashley McKenzie's Werewolf, Cory Bowles' Black Cop, Stephanie Clattenburg's Play Your Gender and Bretten Hannam's North Mountain).
As Thorne's director statement puts it: "COMPULSUS—'striking together (hostile)'—is not lazily 'gender-flipped,' which is not what we meant when we said we wanted to see stronger female characters. In its existence, staging, casting, and editing, it’s a complete subversion of the Loner Male stereotype. It lifts and centres women, and punishes and erases men."

The flick will be shown in Toronto this Friday, June 3 as part of the queer film festival Inside Out.