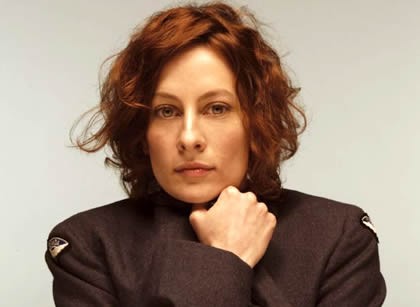 Sarah Harmer in concert, dancing at retro night live and a double dose of drag await.

Get more stories like this delivered to your inbox by signing up for The Coast Daily newsletter.
January lives up to its mental image as a dry month, a time for trimming away the extras, when you look around the world of events. There's simply not as much going on as the other 11 months of the year. This isn't me hating on the month: After December's hectic pace, it feels like a dose of peacefulness. It might be the perfect time to invite your pals over, or maybe even start a semi-scheduled, low-lift hangout (trust, it's a thing).

But if you are hellbent on not being housebound, you're still in luck. Here's the top events happening this weekend:

The music fest that highlights improvisational and experimental music, Open Waters goes big on its closing weekend, inviting the province's orchestra to shred onstage with conductor Hirzer and cellist Zeigler. Billed as "a concert of orchestral music exploring improvisation, chance and aleatoric composition methods, design to keep everyone on the edge of their seats", the show is also the premiere of several new works. Get tickets for the St. Andrew's Church show—which begins at 7:30pm—via Ticket Halifax.

A double night of drag awaits at The Bus Stop on Jan 13 and 14. The first show, titled A Family Affair, is billed as "an evening of queer joy and love, with lip syncing, dancing and comedy." The Jan 14 show, meanwhile, sees, as show organizers put it, "Drag artists Lickity and Persnickety Splitt return to Halifax all the way from the wilderness of Truro Nova Scotia for a night of havoc, hilarity, and a touch of  'WTF'." Tix for the Jan 13 show are $10-$15, details here. Tix for the Jan 14 show are $20, details here.

The always-sold-out dance party swaps its usual format for a mix of DJ and live band. The constant? A steady stream of all your throwback faves. This Marquee Ballroom show starts at 10pm, with tickets $9 in advance and $12 at the door.