Get more stories like this delivered to your inbox by signing up for The Coast Daily newsletter.
January lives up to its mental image as a dry month, a time for trimming away the extras, when you look around the world of events. There's simply not as much going on as the other 11 months of the year. This isn't me hating on the month: After December's hectic pace, it feels like a dose of peacefulness. It might be the perfect time to invite your pals over, or maybe even start a semi-scheduled, low-lift hangout (trust, it's a thing).

But if you are hellbent on not being housebound, you're still in luck: There are some must-see, can't-miss events happening—but rather than focusing on my usual Monday to Wednesday window, I'm widening it up a bit to the first chunk of the month. Mark that brand-new calendar:

The ultimate answer to January's doldrums, Open Waters is a music festival that sees classical and modern musicians deliver inventive, live performance—oftentimes, in an improvised form. This year, it features 19 events across five stages. Get more info on the fest site and the story below: 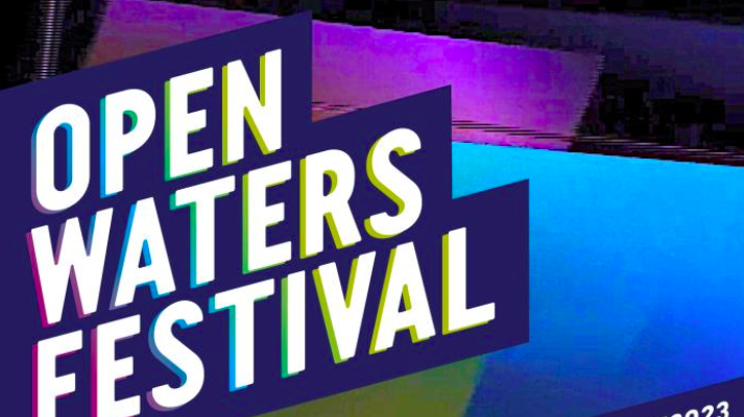 Everything you need to know about the 2023 Open Waters music festival: 19 events across five venues means Halifax is about to get hooked on live, improvisational music from Jan 6-12.

A double night of drag awaits at The Bus Stop on Jan 13 and 14. The first show, titled A Family Affair, is billed as "an evening of queer joy and love, with lip syncing, dancing and comedy." The Jan 14 show, meanwhile, sees, as show organizers put it, "Drag artists Lickity and Persnickety Splitt return to Halifax all the way from the wilderness of Truro Nova Scotia for a night of havoc, hilarity, and a touch of  'WTF'." Tix for the Jan 13 show are $10-$15, details here. Tix for the Jan 14 show are $20, details here.

The always-sold-out dance party swaps its usual format for a mix of DJ and live band. The constant? A steady stream of all your throwback faves. This Marquee Ballroom show starts at 10pm, with tickets $9 in advance and $12 at the door.

Her debut album Waves landed on the Polaris Prize short list last year—and one listen to the grungy cowboy tunes will tell you why. Here, McMichael delivers the type of intimate concert—a solo set at cozy Sourwood Cider—that her rising star status shows she'll soon be outgrowing. Catching this $20, 8pm set is a guaranteed brag that you saw her on the come-up. There are no tickets in advance, so arrive early!

Multi-instrumentalist singer-songwriter Andy Shauf has spent the last couple years adjusting his crown as the king of Regina’s indie-cool, erasing his early 2000s Christian rock beginnings from collective memory by winning the ears of the Polaris Prize (for which he was shortlisted in 2016) and the SOCAN Songwriters Award (which he won in 2016). In 2020, he took home a Juno for alternative album of the year, and that’s when the buzz around Shauf’s Ben Howard-esque, haunted songbook grew ever-louder. Now, in advance of an upcoming February 2023 LP, Shauf will play The Light House Arts Centre on January 21. Tickets for the 8pm show are $39.31 via Sonic Concerts.

Laugh it off at Clayton Park's new comedy venue Jan 26

The city's indie comedy scene shows it's still on the glow up as Laughing Deck opens Jan 26 at The Lower Deck's Clayton Park outpost. Jordan Foisy, a writer for 22 Minutes who's also appeared on Just For Laughs, headlines the new spot's first show. Rounding out the bill? Local laugh-getters Martin Edwards and Sam Bartol.

The biggest band to break out of Halifax’s 1990s rock scene, Sloan is known for crunchy-yet-glistening indie rock, a prototype of the indie sound that still captivates the city to this day. Now based inToronto, the band comes back to N.S. for a rare hometown gig in late January. Tickets for the 8pm Light House Arts Centre show are $44.45 via Sonic Concerts.