Charlotte Weeks plays a raucous 17-year-old whose fetal alcohol syndrome means she struggles with basic math, gets angry and frustrated easily, and needs almost constant supervision: “it’s like feeling drunk all the time.” Weeks crashes around every inch of the Waiting Room’s stage, screaming, laughing and interrupting herself to tell us her story. It’s a high-energy, extremely physical hour, and her devotion to fully embodying the character is impressive and endearing.

Steele pulls off an impressive achievement in crafting a fully-realized cast of unseen characters. There’s only one actor onstage, but as the narrative unfolds, the audience is simultaneously seeing her from two points of view: her own, and everyone she describes to us. We realize that her interpretation of her own experiences is deeply naive, and that the adults in her life have failed her in ways she doesn’t understand. The ones who are trying to help her are frustrated and the ones she thinks she can trust are taking advantage of her vulnerability.

If you bristle at prescriptivism, skip this one: the show makes no bones about being a cautionary tale for women who might drink while pregnant. While there’s no arguing that the results can be grim, the message would be more powerful without the heavy-handed imperative.  - Nicole Maunsell

A tribute to Our Lady of the Mighty Pen, Ah Hell! takes a deep dive into the works of Dorothy Parker, creator of evergreen relatable content about martinis, writing, men and death.

Adapted by Dan Roy and Colleen MacIsaac (who proved her prowess at imaginative adaptations in Villain's Theatre’s recent run of The Blazing World), the narrative weaves three of Parker’s short stories together with some of her most memorable one-liners and introspective poetry.

Each story is represented by an actor playing Parker at a different stage in her life. Schoel Strang delivers the perfect lip curl to accompany Parker’s derisive inner monologue about a man she’d prefer not to dance with, Christine Daniels drips ennui as she withers in the corner of a party with a broken garter, and Heather Beresford charms as she waits by the phone for a lover to call.

Like Parker’s works themselves, this is short but infinitely nuanced. A lot of love and respect has gone into the production. The costumes are decadent, the lipstick is on point and the set will make you feel like you’ve got a personal invitation to a jazz age salon. Dot would undoubtedly approve. - Nicole Maunsell 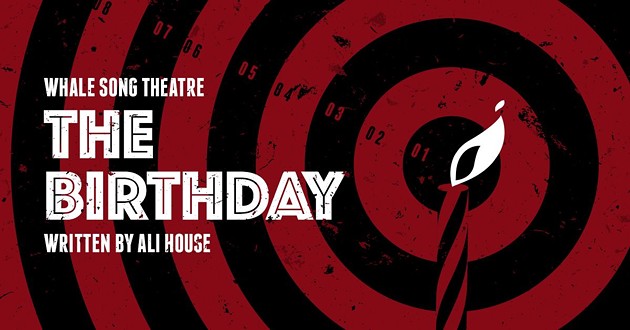 The Birthday
By Ali House

A speculative piece set in a world where everyone knows the date and time—but not the year—of their death. The potential moment approaches each year, and two friends deal with the taunting uncertainty in different ways: one relentlessly chipper, one self-destructive and despairing. They bounce off each other for some entertaining banter and chemistry, which builds to an unexpected and emotional end. It’s only fifteen minutes, but it’ll make you think for days. - Nicole Maunsell

I Want to Come Home
By Mariel Kathryn Hunter

I Want to Come Home starts with a recorded dialogue between Mariel, our protagonist, and her mother. Here Mariel is a hopeful child who wants nothing more than to be an actor. Her mother gently warns her about the difficulties of the profession, but is otherwise unconditionally loving. As the recording ends, the now adult Mariel emerges from a trunk in the centre stage, having moved from her hometown of St. John NB to Vancouver for theatre school.

Hunter establishes her presence in Vancouver effectively with the help of some technological aids such as a cellphone and projected images and videos on a side backdrop and with an engaging acting style that connects directly with the audience and seeks to make it a part of the performance. Since the ultimate matter of this play is the story of its own real-life genesis, there’s some pleasantly confusing fourth-wall breaking. (When Mariel speaks to audience members directly or gives stage directions to her crew, is it Mariel or “Mariel” who is speaking? Are these conversations and stage directions already established parts of the script or is Hunter making them up on the spot as is implied?)

The “coming home” of the title refers to Mariel’s eventual return to Saint John to present an earlier version of this play. There’s also an emotional subplot connected with this idea of “coming home” that for me doesn’t integrate well with the comedic nature of the rest of the play. In fact, there was a “cheat” to it that undercut its impact. I don’t know, however, if this cheat is always part of the text or was an improvised element specific to that performance.

The performance I saw was literally the very first performance of any play in the 2018 Fringe and therefore wasn’t well attended. The most enjoyable parts of the play for me were the theatre school sections which involved some audience participation and seemed designed for more. If this play gets the larger audience it deserves, I suspect those parts will be even more fun. - Martin Wallace 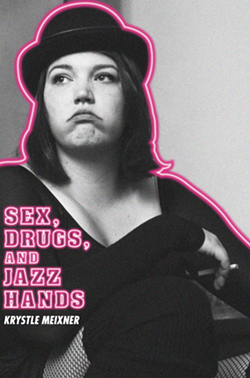 One-person comedic monologues that tell a portion of the performer’s “life story” are a mainstay of fringe festivals, and the number of them seems have increased in the last few years. A prominent subset are those focused on the performer’s experience as performer—essentially, “and here’s how I came to be here today” stories.

Sex Drugs and Jazz Hands falls in this category and is mainly the story of Meixner’s move from her native Winnipeg to Toronto to attend theatre school and her first experiences of the titular sex and drugs. (The “jazz hands” are more obliquely referenced.)

As is usual in such pieces Meixner shares some very intimate details and it’s always difficult to know how to react. On the one hand, one always has a natural sympathy for performers in general and particularly anyone brave enough to reveal themselves to that extent. On the other hand, bravery isn’t enough, and without some well-realized artistic structure, that sense of intimacy can turn into embarrassment.

I’m afraid for me Jazz Hands falls mainly on the wrong side of that equation. There was no real structure or rhythm to the piece, so some of her best lines (discussing how her “gateway drug” was potato chips, she says “I know that’s silly but I’ve made my bed (and there are crumbs in it)”) don’t land. In fact, the show doesn’t seem quite finished. Meixner referred frequently to paper “cheat sheets” and occasionally seemed unsure of where she was going next.

I saw this play on a poorly attended opening night, so maybe there will be some improvements in subsequent performances. Much as there’s potential in the show, however, it’s difficult to recommend in its current form. - Martin Wallace

Popular local improv troupe Hello City presents The Book Club. It’s a typical evening of improv in which performers act out a story created on the spot and loosely based on three suggestions from the audience. This time the controlling structure is our membership in a imaginary book club; a book picked at random from an onstage bookshelf influences the questions that the audience is asked and the overall shape of the story. (The books seem chosen for their melodramatic potential. On the night I attended, the source material was a lurid thriller/romance.)

The performers are all talented, and, probably equally as important for improv, “game” (being petted like a cat or bending over provocatively to seduce another performer in front of an audience takes a particular type of courage), but I was struck by how much the quality of an improv night depends on the audience. I attended opening night with a raucous and engaged crowd and the success of the evening was largely due to the peculiar energy loop that ensued, with every daring performer choice resulting in an audience reaction that spurred them on to even greater transgressions. The show was, in the best sense, “out of control.”

Go see Hello City presents: The Book Club, but be prepared to do your part, particularly if you find yourself pointed at by a performer and loudly asked “And what was your favourite part of the book?” - Martin Wallace