Halifax dishes on its first kisses

Click here for all of our Sex + Dating coverage

Welcome to what's possibly the only section of our Sex + Dating guide that is without a single mention of genitalia. How cute! Amongst the raunch and regret our survey-doers shared with us is this adorable collection of plain and simple romance. Maybe it was a little awkward, slightly slobbery and pretty forgettable–but every first is special. Even if it (theoretically) went down behind a van, after some clammy hand-holding and the Claire Danes classic, The Mod Squad.

“It was very accidental. I was in my grade 10 dramatic arts class and there was a hugging scene with a boy. We hugged, then we turned our heads. Mine in his direction, and his in mine. Our faces aligned and the next thing I felt was his lips on mine.”

“It was wonderful: the sun was on its way to setting, and the boy I was seeing and I were sitting and chatting in our favourite spot in the corner of a field lined with trees. It was very comfortable, easy, and —but the kiss was electrifying, slow and sensual. Even as a grown woman, I still think how lovely that first kiss was.” 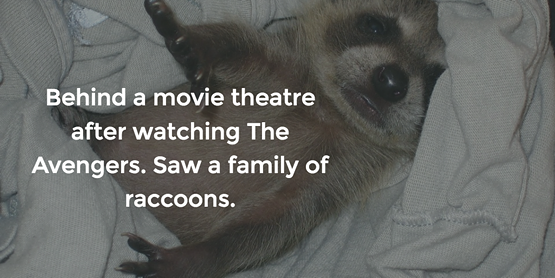 “Awkward NYE kiss in first-year university. I got stubble burn.”

“So much anticipation! It was like a barrier we couldn't cross. We touched in so many other ways first, and I basically begged him to kiss me, holding my face very still, very close to his. When he finally did, I was shocked by the softness, the simplicity of it. And I knew why it was in all the stories. I ran immediately to write about it in my journal— something which I found out later really freaked him out.”

“On a boat in Montreal, grade 9 field trip. A boy I met from another school. Never saw him before or after, but he was my first kiss while dancing to 'Heaven.'”

“He was a drummer and he just drank some tea. The kiss tasted like orange pekoe and was underwhelming.” 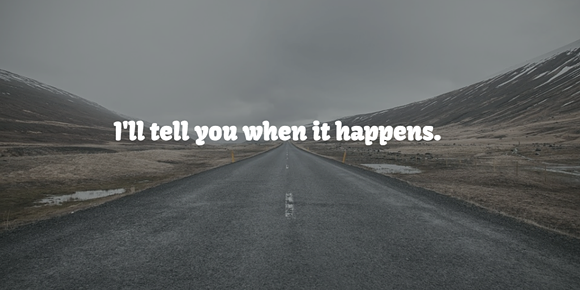 “I was terrified that I was a bad kisser. When we pulled away, I hid my face in his jacket because I was so embarrassed (it was my first kiss, not his). He was super supportive about though, and told me, 'Don't worry, we've got plenty of time to practice.' Happy to report I did, in fact, get a lot better at it.”


“Grade 7. Spin the bottle. Turns out this guy was the first for almost all of my close friends. Now a Christian family man. Easy, nice, not too awkward.”

“First really good kiss was when I was hiking with a boy I had just started dating. We were flirting while hiking and he was ahead of me, and he just turned around and held my face and kissed me in the middle of the trail. It was pretty awesome!”


“The guy was three years older and it was in a tent. His scruffy face made me all excited. His tongue was so tasty.”

“My first real kiss I was around 10-11. I'd had a crush on him forever. We hung out every day, then finally one day he reached out to hold my hand. Finally! I didn't want to go but had to head home and when I went to stand up to leave he just turned my chin and KISSED me. I mean, wow. I saw stars and fireworks.”


“It was pretty good, actually. But the guy was a loser, so I've lied my whole life and said my first kiss was with the second, much cuter guy.”

“I was 10 or 11 and I kissed the neighbourhood 'bad boy' on the street in front of his house. Didn't like it at all the first time.”

“I was in grade 7. I had dated this boy for a year and we'd only ever held hands, sometimes talk on the phone. I went to a pool party and when he went to leave the party my two friends pushed us together, our lips touched. I remember being so pumped at the time. It's cute to remember.”

“We were at a rave (out of country) trapped in a deflating bouncy castle under many hot squirmy bodies, on six hits of acid. It was very sloppy, sweaty, gross and fun!”

“Drunk at a high school rugby party that happened to fall on my birthday. He and I were the last ones outside, cuddling on the trampoline having deep philosophical talks then proceeded to make out for at least 30 minutes. Could be construed as romantic except that we never talked again after that night.”


“It was in a blanket fort. We were both adults.”

“I'm sure I was horrible, but it was pretty great for me! I was 15 and at a French immersion camp/school out of the province. I'm sure I kissed like a fish breathes; metronomic opening and closing of .”

“Thirteenth birthday party. Playing Seven Minutes In Heaven in a closet. It was very stereotypical. I was caught by my father who after that made all the kids at the party sit in the living room with the door open and chat awkwardly. Nobody came to my birthday the next year.”

“Awkward behind the school in grade 10—I think he even missed my face.”

‘It was with my first boyfriend in grade 12. I was laying with my head on his legs and he was sitting up. He in close to my face so I closed my eyes waiting for the kiss. I opened my eyes and that muthafucka was really close to my face just staring at me. Then he kissed me and we laughed about it.”

“I had 'broken up' with my first real boyfriend, then followed him out of class one day and cornered him in the hall. Said 'Hey' kissed him, then told him I still liked him and ran away back to class.”

“I was 14 with braces and it was the night before I was moving out of town for one year. I was so dramatic and I took his virginity.”

“It was the son of some family friends, we were watching The Mummy on the couch in his basement, he had awkwardly felt my boobs first, he said 'want to kiss?' and I said 'sure.'”

“My older brother always told me not to let anyone kiss me unless they ask permission. Well, thing for most of my junior/high school experience no one really wanted to. When I finally developed into an OK woman I started dating a boy who I didn't particularly like, but he asked my permission to kiss me so I let him. He stuck his tongue way down my throat but it was fully consensual and minty so I was fully satisfied.”

“We were both very drunk and it tasted like sausage. (We had just been eating sausages)”

“It happened in my living room when my first boyfriend and I were in Grade 7. We were standing awkwardly by my door after he rode his bike for half an hour in the snow to see me, and we kissed on the lips. It was the first time for both of us, and so sweet. I'm pretty sure he's a stoner in Alberta now.”


“Sixteen or 17 in a classroom after school. My first boyfriend initiated. It was the best thing ever. I was smiling all the way home.”