Halifax as Narnia:
The existential fantasy of our seaside city 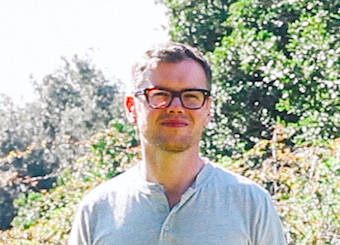 James Gregor is a writer, editor, and translator.

Several years ago a reenactment was held in Halifax to celebrate the 200th anniversary of a War of 1812 naval battle. Just as one did on the same date in 1813, a sailor—an actor playing a sailor—burst through the doors of St. Paul’s Church to inform the congregation that a British frigate had defeated its American adversary at the mouth of Boston Harbour. On learning the conquered ship was being towed to Halifax, jubilant citizens filled the streets—in 1813, that is.

It’s a battle I sometimes heard about growing up: my grandfather wrote a book about it called The Shannon and the Chesapeake. Like the founding of the city in 1749 to counter the French presence at Louisbourg, or the explosion of 1917, when the harbour was the staging point for munitions convoys bound for England, it’s an episode from a period when Halifax was important, a city with a starring role in national or even international affairs, worthy of the sobriquet ‘Warden of the North,’ given to it by the writer Thomas Raddall. By the time I was born, in the early 1980s, this was a time long past.

But as a child I had no sense that Halifax’s star had dimmed. It felt like a big, important place, a big city, as big as I imagined New York City to be—at the time my template for a sordid, exciting metropolitan centre. Like New York, Halifax had highs and lows: the green acres of Point Pleasant Park; the well-tended blocks of Victorian and Georgian houses; the old universities and, by contrast, the forbidden zones of downtown, where squeegee kids camped out beside the statue of Winston Churchill, and pizza was served on three out of four corners by the slice. In my eyes, the glamorous squalor of 80s-era Manhattan—which I knew mostly from movies and police procedurals like Law and Order—was plausibly reproduced in the downtown core, centered on Barrington Street, with its shabby but distinguished brick row houses, arty coffee shops, and punk clubs.

From the house where I grew up the walk to Barrington was only 30 minutes, but the trip represented the same calibre of displacement as getting on the subway in Queens and emerging at Times Square—the old Times Square. It was the wide, wild world: full of hardened characters who smoked and loitered, garbage and graffiti, and the neon-lit staircase of Café Olè, at the top of which you found a pulsing mosh pit and the air was a sour confection of smoke and sweat. There was always a feeling of disappointment when you left, but often a sense of relief as well: you’d made it out.

My idea of Halifax came under pressure as I grew up. Like many do in early adulthood, I was gathering the momentum of detachment and repudiation, forming my identity in opposition to where I began. I went away to Montreal for university, and when I came home I was acutely aware, as I’d never been before, that there were no skyscrapers, no subways, and no Chinatown, that the streets were comparatively homogenous and empty, and part of me despised Halifax for that. If—in that larger city—I ran into someone from Halifax, we discussed our home town with a mix of fondness and disdain, joked about its charming parochialism, the preponderance of smoking and obesity, the accents that sprang up once you left the city limits. We dripped with class condescension, the scourge we claimed to have escaped by leaving. We congratulated each other for having made it out.

I was 26 when I moved to New York City, the source of my original urban visions.  It had long been clear to me by then that the two cities were not the same size. Halifax had become fixed as the small, coastal place I visited on holidays.

Against this, the massive possibilities of Manhattan—and then Brooklyn—were thrilling. They shimmered in the air, a permanent daytime Aurora Borealis. People occasionally asked me about where I was from.

“I picture it being like Narnia,” a colleague at work said.

A barista at a coffee shop in my neighborhood simply had never heard of it. She added, “It must not be cool if I haven’t heard of it.”

It was clear I didn’t come from a place like that. When friends from there and other comparable cities spoke of their homes, I sensed how the solipsistic feeling of importance I’d had as a  child—when Halifax was still the undisputed centre of all that was important and meaningful, ‘the mysterious nexus of all love and money and power’ as Joan Didion once wrote of New York—had remained unchanged for them. When asked where they came from, they could often respond with a single word.

These weren’t just cities, they were metonyms—representing something in the wider imagination: the imperial splendor of the British Empire, Belle Epoque fashion and glamor, the incipient 21 century capital of money and influence. Whereas Halifax was Narnia—a place in a fairytale where children escaped to.

There is no 'there' there, Gertrude Stein once wrote of Oakland, California, her home town. While I did not condemn Halifax to this existential irrelevance, the there had been deeply shaken in me. For a long time, I could cherish it with the resentment of the ignored, the underdog, but I could not see in it anything but a musty catalogue of obscure historical events, an amateur brochure concocted for tourists: the cemetery where victims of the Titantic were buried, the cannons of the Citadel pointed out to sea, the Shannon towing the Chesapeake into harbour, briefly victorious in a war that ultimately wouldn’t go its way. On my lips there was always that quixotic plea: where is the real life?