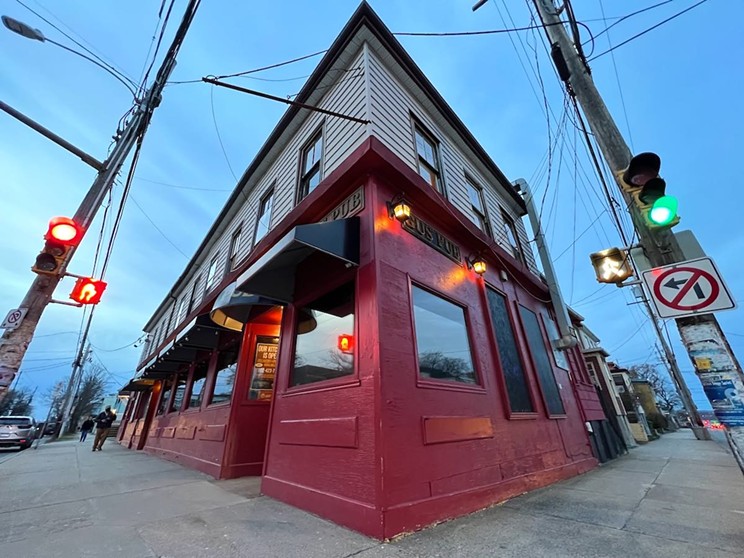 The Coast
Gus' Pub building at the corner of Agricola and North Streets has been sold, but the pub isn't going anywhere for at least a couple years.

“We're gonna have to distinguish between Gus’ Pub, the building it resides in, and Gus’ Pub, the business: That’s two different things, right? So Gus’ Pub the business wasn’t sold. The building it resides in was sold,” says manager Dimo Georgakakos when The Coast calls on April 21, checking in again about the status of both in wake of an article published earlier this week by All Nova Scotia.

In memory of the Chip Bowl at Gus’ Pub: Did we really all used to share a communal bowl of Party Mix before the show?

No, Gus' Pub isn't closing: "It's the same rumour that comes around every few months, for 20 years."

All Nova Scotia reports that the building at 2605 Agricola Street has been bought by Olympus Property Management LTD, writing “another Halifax landmark is set for the wrecking ball due to the city’s new corridor zoning.”

Lenny Mullins
Countless Halifax bands have gotten their start on the stage at Gus' Pub.

But, “we're still gonna continue to run here for at least a couple of years,” Georgakakos is quick to tell The Coast, before adding that while future plans for the business are not yet solidified, the business has no plans of stopping—even after the red-and-ecru building on the corner of Agricola and North Streets is no longer its home.

When asked if he had anything to say to patrons of Gus’ or to comment on the news from All Nova Scotia, Georgakakos directed us to his previous conversation with The Coast, where he said “No, we’re not closing. It's the same rumour that comes around every few months, for 20 years.”

Gus’ Pub has operated at its current location since it opened in the 1960s.