This time of year has Tyson Wachter–owner of Mother’s Pizza–thinking about his grandfather, who was not only a baker (bonus!) but the host of his family’s seasonal shindigs.“All of the grandkids would be in the basement watching movies while the adults cooked and got festive in their own way,” he remembers. “There was the smell of baking apples and cinnamon coming down the stairs, and a series of sewing tins full of stroopwafels, gingerbread, graham crackers and toffee sprinkled with all sorts of goodies.” A nod to the man behind the festivities, these snaps are a product of the scents and flavours of Christmas past. “This recipe is reminiscent of those sweet, sweet memories,” says Wachter. 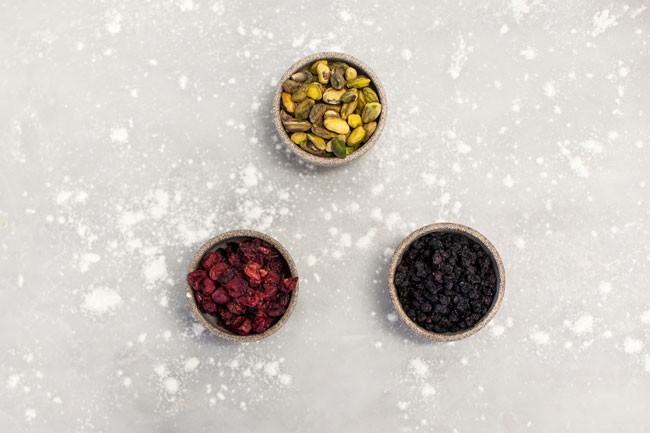 Graham cracker
Mix part one, then two, then three. Dough will be wet and sticky. To make rolling easier, roll between a folded piece of parchment to the thickness of ¼ inch and cool in fridge. When cool, peel back parchment and bake in preheated oven (450°F) oven for seven to 10 minutes. Let cool.

Toffee
Melt butter, add sugar and bring to a boil over medium heat until colour changes to a light brown–about the same colour as a brown paper bag (285°F).

Pour over graham cracker and while it’s still hot add the chopped chocolate, cranberries and pistachios. 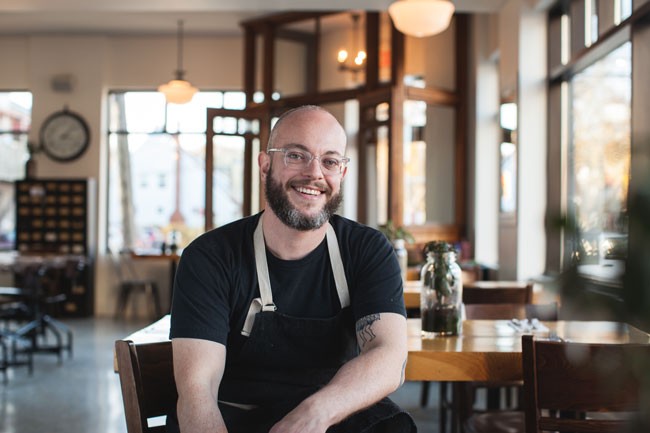