Good Robot’s opening a new space next to the Halifax Common—and the brewery wants your input | Drink | Halifax, Nova Scotia | THE COAST 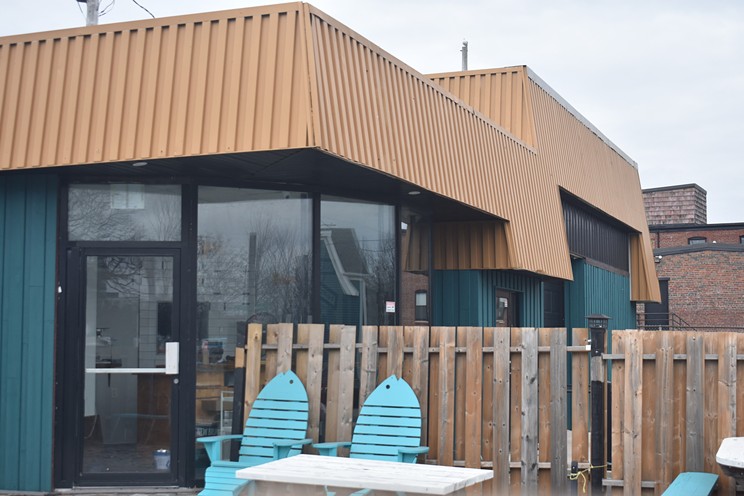 Photo: Martin Bauman / The Coast
Good Robot has taken over the former Hook ‘Em and Cook ‘Em seafood bar at the corner of North Park and Cornwallis streets. The brewery is seeking community input before it unveils plans for the space.

The North Park and Cornwallis site will be the brewery’s third location.

Halifax’s north end is getting another brewery space. Good Robot’s co-founders have taken over the former Hook ‘Em and Cook ‘Em seafood bar at 2223 North Park Street, The Coast has learned.

And while there’s no firm news on when the site might reopen under Good Robot’s stewardship—nor whether it will bear the same Good Robot moniker—the north end Halifax brewery is actively seeking community input on what the space should become.

‘We think it has a lot of potential’

“We think it has a lot of potential to be something really interesting,” she tells The Coast. Hook ‘Em and Cook ‘Em had taken over the former mechanic shop on the site, but COVID’s arrival coincided with renovations to limit the seafood restaurant to a single, shortened 2021 season.

The building features floor-to-ceiling bar windows opening onto a 100-foot-long patio space, which faces the Halifax Common. The total lot size, per MLS records, tops out at over 11,000 square feet. But despite Good Robot’s co-founders taking over the site last spring, the brewery has kept fairly quiet since. Davidson says that’s because Good Robot “really want[s] to hear from the neighbourhood and the folks that are nearest to the space” first. 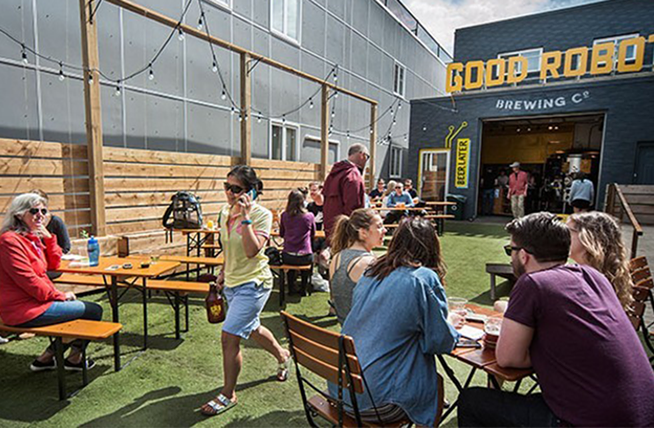 “We understand that opening a beer garden, or tap room, or a restaurant, or whatever the case may be in that area where there are a lot of residential homes, that everybody might not be super into it,” she says. “So we want to know what is important to that neighbourhood in that community.

Whenever it opens, the North Park address will become Good Robot’s second in Halifax’s north end after the brewery’s inaugural Robie Street location. And last July, the five-time Best of Halifax gold winner expanded with a beer garden, retail outlet and production headquarters in Elmsdale. 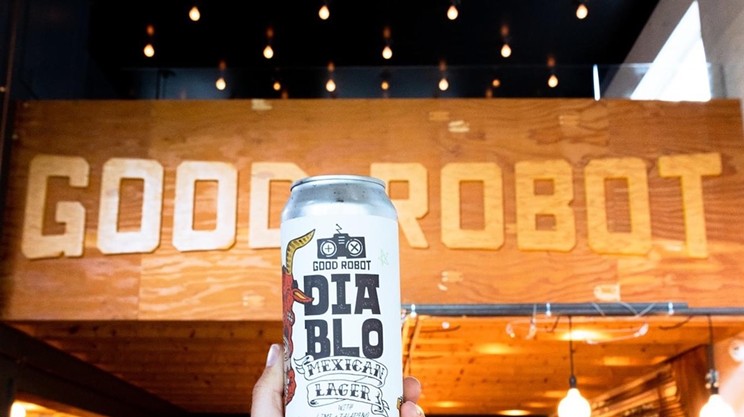 “It’s been crazy, to say the least,” Davidson tells The Coast. She says the brewery is planning a public forum in the coming months to share more of its plans surrounding the North Park site and solicit community input. In the meantime, Good Robot has launched an online feedback form to gather more perspectives on what it should do with its new locale.

One thing Davidson is certain of?

“There will be beer, of course.”