Sipping the entire spectrum to save you the belly ache.

Seven nogs. Many Dixie cups. One completely amateur blind taste test. In the name of holiday imbibing we got to the bottom of the standard egg nog selection and discovered both minor and complex differences in the flavour profiles of the yellow (or supposedly yellow) elixir. The resounding winner? Scotsburn's classic Holiday Nog. But there were many revelations along the way.

"I'm actually learning a lot about myself right now," said Jacob Boon as the results were revealed. Hopefully, you'll learn something, too.

Jacob Boon: It's a butter-yellow with a slightly sour smell. If that was some kind of vanilla milk product I'd believe it. I don't 100 percent think it's .

Tara Thorne: I always say about that I can feel it forming a sack of fat around my heart. This is a good sack-builder.

Allison Saunders: It's thick but doesn't really leave a film. Kind of like a melted McDonald's milkshake.

JB: I'm already feeling sick, I ate a lot of barbecue peanuts just before this.

AS: It's so thin! It feels like I just brushed my teeth, with sour cream.

TT: It looks like banana medicine. Is this some soy mint shit?

JB: I don't want to swallow that. It feels like fluoride. Oh god, gross. It's like snowman spit.

TT: What colour is this? Is it Coffee-Mate? That is some coconut bullshit, get it out of here.

JB: So far I like this one best. It's a good healthy start-your-day nog. A nog!

TT: You can finish mine.

JB: I kind of wish they included chemical colour. 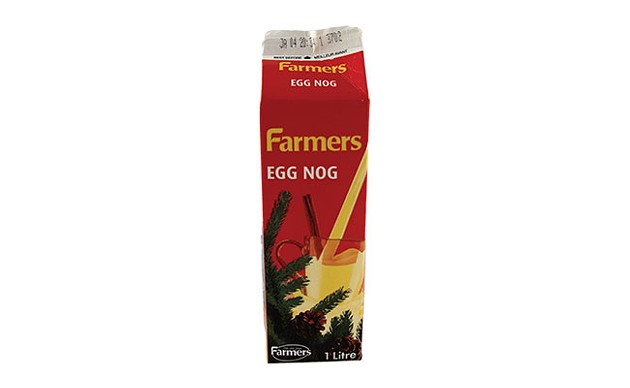 AS: It's watery without being thin.

JB: It's the right viscosity, but weirdly flat flavour-wise.

TT: If I was served this at someone's house I'd be fine with it.

JB: If you wanted to taste the rum more, this would be good.

AS: Or like, if you were drinking these all night at a party. 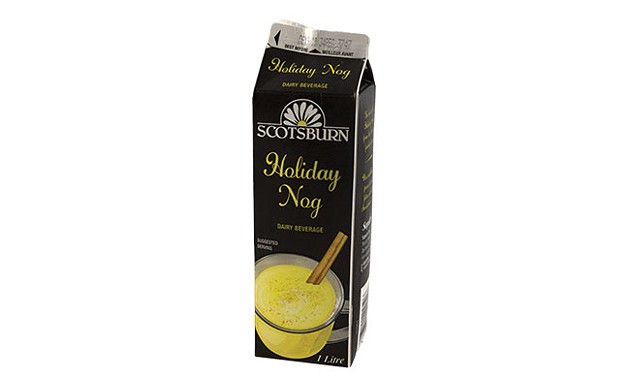 JB: This is almost solid, like an in-between putty state.

AS: This is so good. It's a little salty.

JB: It's like flavoured, sugared butter. I'm ready to lick the inside of the cup.

AS: This would be so good in coffee—

JB: —but it's the one I'd drink entirely on its own.

AS: You wouldn't even need booze in this.

JB: The booze would be lucky to share a glass with it.

JB: It's off-white. And there's no scent.

AS: It's almond milk for sure but it doesn't taste like nog.

TT: It's killing the memory of the beautiful one that came before it.

AS: This tastes like if you put ice cubes in a glass of milk and they melted. 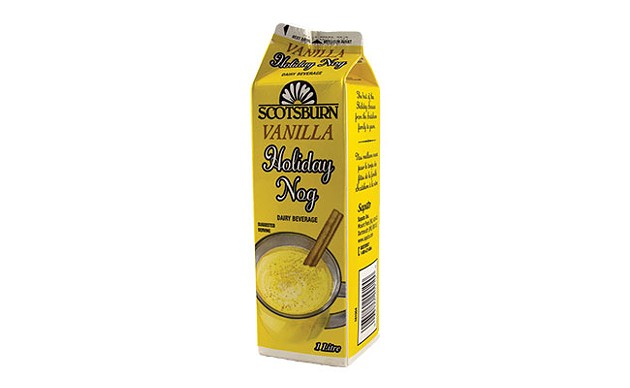 TT: Put some Kahlua in there and good night.

JB: It's too vanilla. It tastes really good, but it isn't enough. It would be good with booze though.

AS: My teeth feel like they are wearing sweaters.