Give thanks for the long weekend with these Sure Things

Trixie Mattel: Skinny Legend
Friday
The grand dame of drag—and winner of RuPaul's Drag Race All Stars' third season—arrives at the Spatz to take it from Thanksgiving to ThanksLIVING. In a year that included a documentary about the kween (spring’s Trixie Mattel: Moving Parts), it’s become clear this is one Barbie who cannot be stopped on her spike-heeled-climb to the top. As Mattel, who has two studio albums, a web series and a makeup line, told Fast Company in a May 4 article: “I just saw RuPual recently and he was like, ‘You’re doing things no one has ever done–not even me’.” more deets

Book launch: Crocuses Hatch from Snow
Thursday
In our 2019 Fall Arts Preview (Sep 19-25 issue), Coast writer/certified bookworm Jade Nauss summed up Jaime Burnet’s debut novel: “Burnet introduces readers to a cast of characters that rivals an Atom Egoyan film: There’s a body-piercer, a grieving widower, a young woman in love, a grandmother suffering from Alzheimer’s and a Mi’kmaw survivor of the residential school system. These characters’ lives intersect in a story about history, obsession, and gentrification set in the north end of Halifax. If that’s not enough of a reason to go grab this book as soon as it’s released, how about this: One of the characters has an affair with a ghost.” Meet the writer at this reading-and-signing sesh at the Halifax North Memorial Library. more deets

The Art of Self Defence screening
Friday
Carbon Arc’s latest flick sees Jesse Eisenberg take a star turn as a jiu jitsu practitioner exploring toxic masculinity. In an August review of the flick, The Coast described the film as “a deeply weird black comedy that doesn’t follow many traditional story lines—in addition to its vague era, there’s little reflection amongst the characters, there’s no fallout for committing violent crimes, and the resolution is far from feel-good"—but sometimes that's just what you need. more deets

Tom Hammick: Lunar Voyage
Thursday, Friday, Saturday, Sunday
In a series of woodcut prints, Tom Hammick explores an “existential road journey taken through space,” while playfully examining the “outsiderness of being an artist” and a sort of nostalgia for the mid-20th century’s space speculations. See them at the Saint Mary's University Art Gallery. more deets Don Brownrigg w/Dance Movie
Saturday
Nominated for a whopping six Nova Scotia Music Awards, Brownrigg is bringing a bushel of earworms to The Seahorse for you to hear. more deets

Jessica Rhaye: Just Like A Woman, The Songs of Bob Dylan album release show
Saturday
In a Stan-worthy move only the biggest Dylan diehard could pull, New Brunswick folk queen Rhaye has spliced, examined and re-assembled ol’ Bob’s songbook. The result? A collection of covers that attempts to emulate the legend’s Basement Tapes-era energy while seeing some of the best songs about women ever written showcased through a woman’s gaze. It all goes down at The Carleton. more deets

Rudy Pacé w/Ryan Rideout, Rachel Raditz, Matt Steele
Thursday
With a new, nostalgic single about the small town he grew up in, Pacé brings a fresh, Americana vibe to The Carleton. more deets 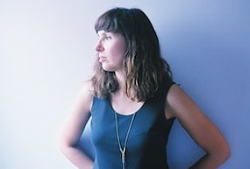