Gillian English battles the bard with 10 Things I Hate about The Taming of the Shrew | Arts + Culture | Halifax, Nova Scotia | THE COAST

The Fringe favourite continues to deliver feminism and anger with a searingly funny live-action listical. 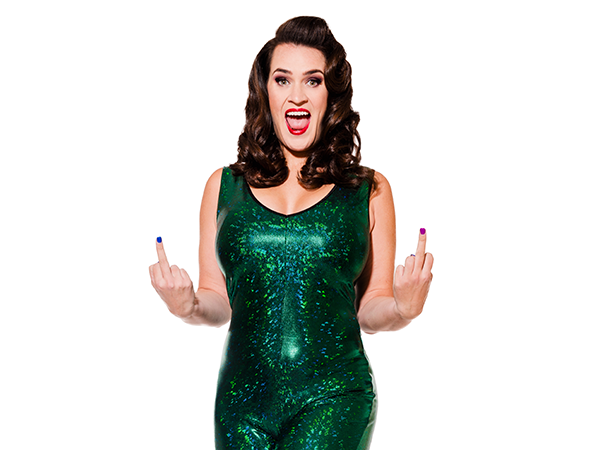 English is a brilliant, hilarious, award-winning, solo-show-performing Fringe favourite. She speaks fast. She is smart smart smart. And this Pictou County native—who now resides in Tasmania—is back with her brand of cranky, critical feminist comedy.

"I love Halifax Fringe," she explains. "I get to come to Halifax where my friends are and my family and have some poutine and some garlic fingers and just relax for a moment."

English wasn't doing much relaxing during last year's Fringe. She was busy performing She Wolf, taping her comedy album Fart Monster and (unexpectedly) workshopping her current show 10 Things I Hate about The Taming of the Shrew.

"There was a show that had to cancel their final two performances, so I grabbed their spots 'cause I was supposed to premier 10 Things I Hate about Taming of the Shrew at the Melbourne Fringe in like 10 days, and I had not yet written it," she says, lowering her voice in mock shame. "So I did two performances: one where I quite literally wrote it on stage, which was pretty messy, and then the second one had a little bit more of a show shape to it."

Since then, English has performed her show more than 300 times at 20 festivals. She's honed her listicle into a compelling argument for why we need to discard the Bard—especially The Taming of the Shrew.

"Of course the main thing is the way it's presenting women and the just abject violence against women that's present," she explains. "It's a stupid play! The only moral of the story is that women can be broken if you beat them long enough, and we do not need three hours of that in flowery language.

"Just because a famous person wrote it," she quips, "doesn't mean it's good."