Get into The Safety Position's new play, Thom Pain 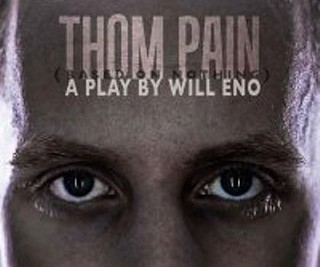 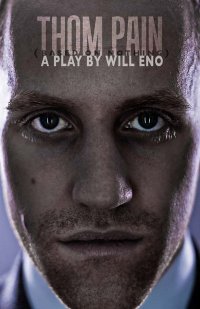 It’s no coincidence that Halifax actor Stewart Legere starred in two of my favourite plays from the past year—-Angels and Heroes’ production of Fewer Emergencies and Zuppa Circus’ gorgeous pop-fantasy Poor Boy. So I was pretty excited to hear that he's formed a new theatre company, The Safety Position, with Tyler Foley and Lee-Anne Poole—-two people, Legere says, "I've spent many hours yelling about art with…We started the company not because we felt we had something to teach, but because we felt that through our exploration and searching we might learn something…As three queer artists, we felt we brought a perspective that was perhaps a little subversive, a little oppositional. Questioning. You know...queer. In the dictionary sense of the word—-and not.”

The Safety Position will not just produce traditional theatre, but is open to interactive-style art shows with music, dance and other mediums—-in some ways, in direct opposition of its wrapped-up-in-a-ball name. “The Safety Position is a place we all find ourselves in; cuddled up, protective, defensive. In those awesome info. cards from airplanes where they tell you what to do if you’re going to crash,” says Legere. “Or if you’re being attacked by a bear. Or if you have a gun you don’t want to go off. Or being mugged. The Safety Position. A defense mechanism. We all have them. We figured we’d start from there, and see where it takes us.”

The theatre company’s first production Thom Pain (based on nothing), is a one-man monologue and search for personal meaning, written by Will Eno, and starring Legere. Foley, who is directing, first discovered the play and then passed it on: Legere read it while walking his dog in the Common, and “laughed and laughed and cried and cried. It is an amazing play. Beautiful and simple and harsh and cruel.”