Where will I say I'm from when this place no longer exists? 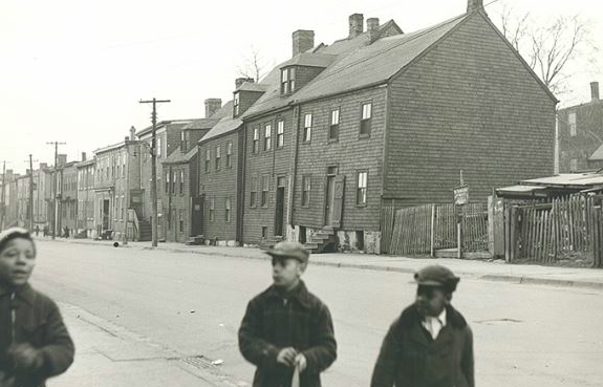 Agricola, North, Barrington and Cogswell Streets were my old boundaries—my safe place, my sanctuary, my community, my hood. Now it seems as though it belongs to someone else. Its gradual transformation from a historic Black community to a trendy place to live and be entertained has rendered unfamiliar, uncomfortable and unaffordable spaces for many of the Black people in the community to occupy. 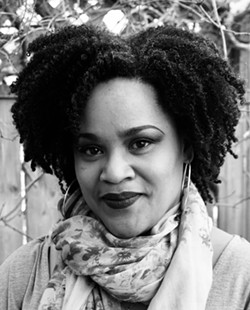 LISA GOMES
Wendie Poitras is an educator, community advocate and visual artist.
There are about 50 African Nova Scotian communities throughout the province and the inner city of Halifax is one. It’s home to a large public housing project where many of the former Africville residents settled after “relocation” in the ’60s, the African United Baptist Association’s mother church and home to the best basketball program in the city. Uniacke Square, the Cornwallis Street Baptist Church and the Community Y are, respectfully, places every Black person who grew up in the inner city over the last 50 years were more than familiar with.

At one time, this was a vibrant community of homesteads occupied by the Golars, Pattersons, , Downeys, Browns, Dayes, Adams, Smiths, Parkers—the list goes on. Many of these Black families resided in homes on Maynard, Maitland, Creighton, and Gerrish Streets. It is where my grandmother—‘Mama Beryl’ to all—raised her family beginning in the 1920s. Civil libertarian Viola Desmond lived on Maynard Street and operated her business on Gottingen. Now all of this history is disappearing right before my eyes.

My mother’s parents and my father, along with many others from outlying Black communities, migrated to this up-and-coming Black neighbourhood in the core of the city. This became the kind of place where folks went next door to borrow a cup of sugar or an egg or two without hesitation. It was a community where members helped raise each other’s children; a place where people sat looking out their windows acknowledging those who passed by and where daily events were discussed over a cup of coffee or tea with your neighbour. It was truly a community in every sense of the word.

Now many of the neighbourhood properties are owned by those who are not familiar with its history. In most cases, the children of these new residents do not attend the community’s elementary school, recreation centres or public library’s after-school programs. It is essentially two communities coinciding and one is on-course to swallow the other up. There is still a Black presence in the community, although it is shrinking and for the most part limited to the confines of Uniacke Square and its immediate surroundings. Only a handful of homes are still owned by Black families.

My hope for the newer businesses moving into the community is that they follow the example set by establishments like Dee Dee’s, Alteregos’ and EDNA, who have made a conscious effort to hire people from the community or host community events.

When a community is subjected to the growing pangs of gentrification, does it mean the original occupants have to feel that they no longer belong? Could it become a place where those who are more privileged create collaborate spaces with intentions of improving the quality of life for all? When will we abandon the quest for personal success over the success of the community as a  whole?

There is a lot at stake for myself and people like me who have roots in this place. Unlike a lot of other families, mine cannot trace its ancestry back to a specific location. I am of African descent and most likely West African. I wonder where I will say I’m from when this place no longer exists. I am concerned that 20 years from now, I will be telling my grandchildren that I am from a community that exists only in my memory.