Enjoy this sneak peek at The Coast's upoming feature story about the crossroads the province is facing for gambling, with the path forward riding on whether Tim Houston’s government sees gambling as a public health issue, or a way to make money.

“I come from a family of people that gamble,” John says. “I learned how to play poker from my grandfather when I was like three. I’ve always been kind of attracted to money.” This explains his Bachelor degree in business, his “early” Bitcoin investment and his steady, if unexciting, day job in a business vocation.

A casual observer seeing John walk into Casino Nova Scotia’s bar wouldn’t pin him as a high-stakes gambler. In sweatpants, an American football jersey and a hat that says “Dad” he looks more apt for a night in, playing video games. Instead, like he’ll do thirteen times more before the month’s end, he’s arriving at the casino on the downtown Halifax waterfront hoping to win big.

“My grandmother frequented this place probably more than her job,” he says, sitting before a draft Budweiser that he sips like a bird. Over the course of an hour, barely a quarter of it vanishes. Gambling “passed down through my mother,” he says. On his 19th birthday, she took him to the casino for the first time. He won $10. It’s been a second home ever since.

John, whose real name and identifying details are concealed here by The Coast to protect his anonymity, is in his early thirties and says he’s seen both sides of the coin. Though his mother raised him on welfare and his grandmother had a well-paying career, both were gamblers. He’s also part of the generation that hasn’t known a Nova Scotia without thousands of gambling machines—slot-heavy casinos in Halifax and Sydney and video lottery terminals scattered at hundreds of sites across the province. At least, it was that way until the COVID-19 pandemic. Once public health orders shut down onsite play, gamblers like John were unable to take part in their ritual. The casinos were closed for two extended periods in fiscal 2020-21—open only around 33 percent of their normal operating days. During the same period, the Atlantic Lottery Corporation (ALC) calculated that figure for VLTs at 65 percent. (Both were also shut between late April and mid-June 2021.)

John recalls being in the casino when he first heard it would shut down. “I was kind of taken aback, because I had such a system of coming here. It’s like going into work. You don’t have to think about it. It’s just in your schedule.”

Instead, he started using PokerStars and other gambling websites. “It started off slowly, only a day or two per week, but quickly rose to six-to-seven days a week once I saw how convenient it was.”

It’s a Monday evening and John’s planning to wager $5,000 tonight, the equivalent of about 10 percent of his annual salary. (Or for this writer, eight months of rent.) He’s posted about his trips to the casino for years on Facebook, cheekily asking who among his friends (who might wager $100 in comparison) wants to make money that night. When he’s playing with others, he says he’ll stick closer to their budget. Tonight though, he’s flying solo, and agreed to meet me to talk first.

John speaks confidently as though the odds aren’t in the house’s favour, as though winning is almost a certainty. For anyone who doesn’t gamble much (myself included) it inspires some awe, and a measure of secondhand nervousness. But when I ask about his secret—wondering, despite my personal view that gambling wastes money, if I might indulge in his school of gaming and win some money tonight—I learn there isn’t one. He says he just plays often enough, and on a big-enough scale, that when he comes out ahead it makes for a heftier prize. Not every night is a win, but it evens out over the month or year. And he genuinely enjoys casino gaming in a way many people don’t. It intertwines with his life—from family and friends to memories of big wins to building wealth. (My idea of trying to emulate him passes quickly, unspoken.)

Gambling is big business in Nova Scotia with almost $1.4 billion wagered in 2019-20. Casinos and VLTs combined provide 75 percent of this revenue (the rest is mostly ALC lotto and scratch tickets, and to a lesser extent bingo and charitable ticket lotteries). It’s widely documented that most of this money comes from at-risk and problem gamblers. Though their prevalence is poorly studied, a recent estimate suggests there are the equivalent of at least 20,000 to 30,000 at-risk or problem gamblers in Nova Scotia. Past estimates have been even higher.

Research shows gambling addiction rates increase in local areas with physical gambling locations, like casinos. And a recent national study found that provinces with VLTs have higher rates of at-risk or problem gambling than those without. Nova Scotia, of course, checks both these boxes. Though this pandemic has caused thousands to go without in-person gambling cold turkey, impact on gamblers has largely been overlooked when discussing the pandemic’s consequences.

Speaking with experts and consulting the latest research, COVID seems to be pushing gamblers in two different directions: Some gamblers stop entirely, others go at it harder than before. In fact, calls and texts to Nova Scotia’s Gambling Support Network doubled in 2020-21, meaning people were either seeking help or felt they were in crisis.

Yet, looking ahead to post-pandemic life, Nova Scotia’s gambling industry may go into overdrive. There’s been talk of building a new casino in hopes of refreshing and bringing new revenue to a concept which consistently performs below expectations. Earlier this year the then-Liberal government made changes to the Gaming Control Act approving an online casino through ALC, an idea the province previously spurned for almost a decade. On a federal level, the summertime legalization of single-game sport betting—wagering money on events like which team will win a pro hockey game or who will score a goal—created a new legal gambling industry, which now awaits provincial endorsement.

As the gambling industry regains its bearings and Tim Houston’s newly elected Progressive Conservative government decides priorities, Nova Scotians sit on the cusp of an important moment. Historically, the issue of gambling has been viewed through lenses of revenue generation, tourism and job creation in Nova Scotia despite never living up to high expectations in these categories. COVID disruptions offer a once-in-a-lifetime chance to reframe gambling through a public health lens, and to start making future decisions for the industry based on harm reduction and community impact instead of profit.

John plays for about an hour, breaks for dinner and then fits in another two. He loses overall, though not his whole $5,000 budget. In November, he’s “pretty sure” if he was still keeping spreadsheets he’d be in the red. Maybe, if he’s lucky in the future, he’ll win the losses back and then some. He’s banking on it.

That was the first section of this story. The full, 10-section version goes live online and in a print issue of The Coast Thursday, December 9.

Such in-depth journalism for Halifax is supported by Coast readers who are able to contribute money to The Coast. If you are already a member of this awesome group, we thank you for your support. If you would like to contribute, please click here for more information. 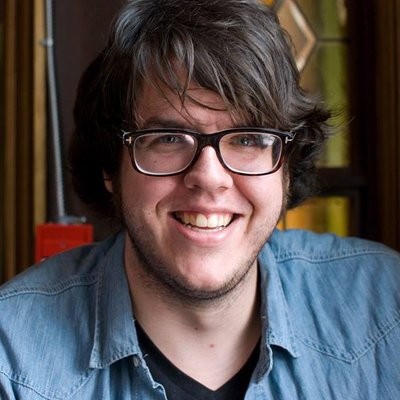 Rob Csernyik is a freelance journalist and writer with a specialty in covering the gambling industry. Originally from Nova Scotia and currently based in Saint John, New Brunswick, Rob first started researching the industry while participating in the investigative journalism intensive at The Banff Centre for Art...
Read More about Rob Csernyik