From A to Zamani

How the Halifax R&B singer-songwriter/producer made 2020 her year. 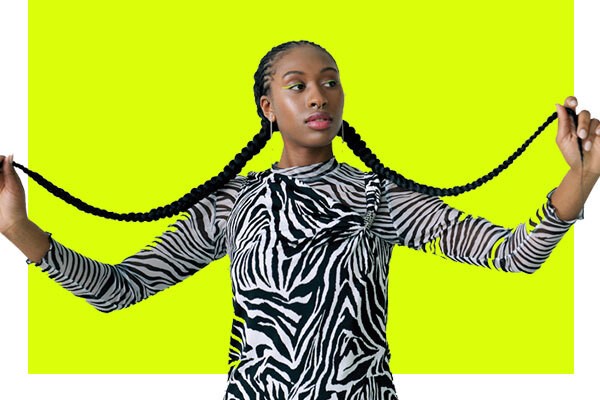 It's hard to imagine the certified triple-threat, SOCAN Young Songwriters Award-winning Zamani ever feeling awkward. It’s easier to picture the R&B singer-songwriter/producer like a young Hannah Montana, but cooler: A teen idol-in-the-making passing amongst her peers with a magnetism that’s propelled her to stages from Rotterdam to Taiwan—and, along the way, has made fans of the likes of underground hip hop legend Tracey Lee, who asked her and local neo-soul mainstay Kwento to perform on his 2020 album, Glory.


Yet, on her kalimba-soaked single “Outside”, we get a different refrain. Yes, the video for the track—released this fall—is a hypnotizing clip shot during the artist’s recent, pre-Covid trip to Ghana (“We actually filmed it on my dad’s iPhone”, she adds). But the story behind it began here in Halifax: “I’d just transferred to public school out of private school where I was the only Black kid in my class for 10 years,” Zamani says. “And there, I was even more invisible because it was so big. And there were people who looked like me, but I was also shy…That was a point where I felt like I had nobody to talk to or turn to, so I guess I channeled that feeling.”


No wonder her melting refrain “I’m on the outside”, with her repetition of the last word running over your ears like water, hits so hard. But, if history tells us that many of the greatest artists have been outside observers, we’ll let this pop-laced track cement Zamani’s place amongst them, in all her Erykah Badu-meets-Solange glory.


Soon, Zamani’s international acclaim will mean undeniable fame, both home in Halifax and world wide (good thing audiences here are already hip to her vulnerable lyrics and genre-skipping style—all of which you can witness by tuning in to her Evergreen Festival Facebook Live on December 18 at 7pm). The best part of all? As her recent singles “Selfish” and “Sway The World” prove, she’s always been a star poised to shoot, ready for what’s next.


“A lot of the love songs that I wrote, I made them when I like 14 or 15. I had zero experience in that department whatsoever, so I would just use my imagination,” she says. “However I imagined it would feel—or however I would want it to feel—I would write it out like that. It was so funny: People would be looking at me like ‘Zamani, what are you talking about—you’ve never experienced this before.’ Now, they’re a lot more autobiographical.”