Friends come together for Dan Falvey

"Everyone knows Dan" benefit is this Sunday. 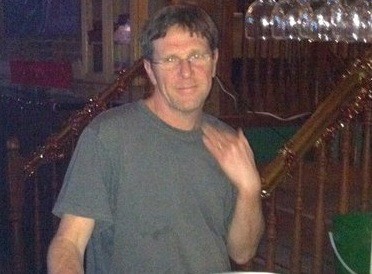 Dan Falvey has been a part of the Halifax bar scene for 32 years, working as a server and bartender at seemingly everywhere: "Jenny's, Your Father's Moustache, Split Crow, Peddler's Pub, Lower Deck, The Seahorse," he rattles off over the phone. "Probably some I've missed."

I’ve known Dan since 2004, when I started hanging out at Bearly’s Tavern, where he waits tables. Dan is hands-down the most energetic server imaginable---I’d lamely joke he had ADD or was snorting coke, he was moving that quickly around the joint, juggling drinks and plates seemingly without end.

More important, Dan is simply a straight up good guy. Even while dashing this way and that, he’ll stop and look you in the eye, smile and ask how things are going, and hey, here’s a joke and an aside to make you feel you’ve been friends a million years. Still, while immensely friendly, Dan is also immensely private: He worked a day job as a teacher’s aid, then at night in the bar, to raise the money to provide for his wife and their two kids. Where he found the energy, I don’t know.

Sadly, Dan has fallen ill, and was recently diagnosed with terminal pancreatic cancer. The news has profoundly affected those he has touched, and his friends are coming together at Bearly’s this Sunday, June 3, from 2pm on, to celebrate Dan’s awesomeness and raise a bit of cash for his family to carry on after he dies. The event is called “Everyone knows Dan--a benefit for the Falvey family,” and musical guests include Garrett Mason, The Mellotones, Karen Lizotte, Shirley Jackson, Joe Murphy, Theresa Malenfant & Katy Day, StoneHowse, EB and the Resolutes and The Roaches (Gwen, Gary, Pat).

Everyone is welcome; please bring some good cheer and say good-bye to a decent man.