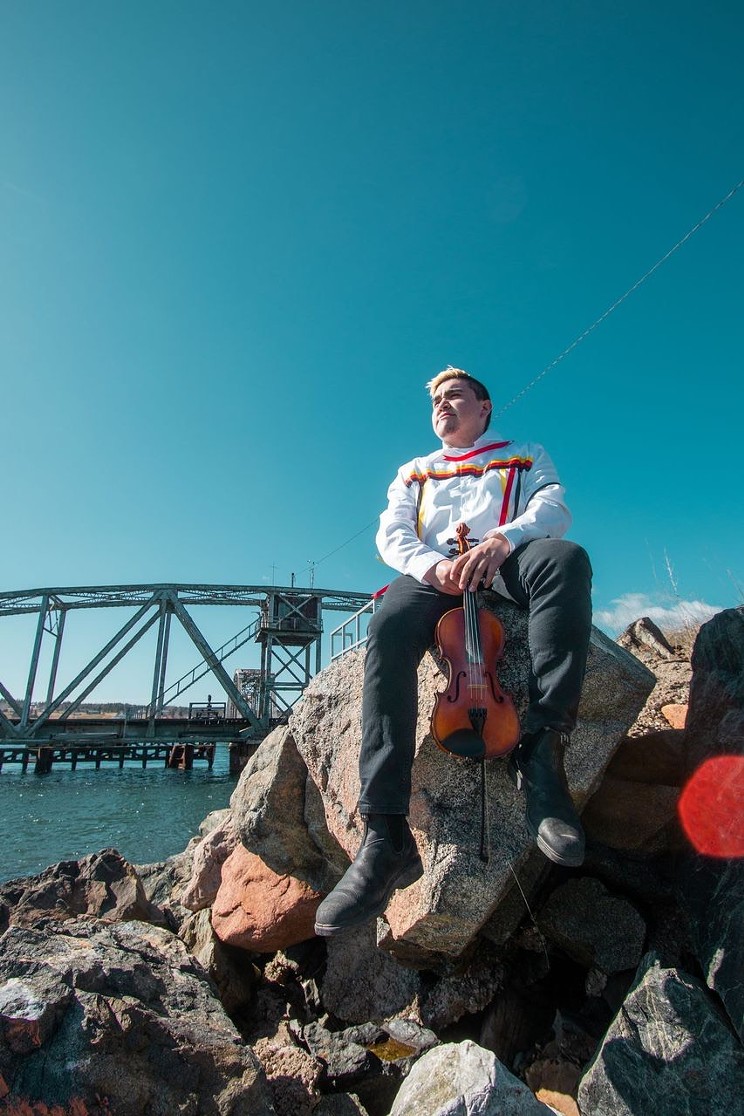 The great thing about Halifax Jazz Fest—other than the chance to see some of your favourite international names; other than watching the sun set over the water while a crowd catches a chorus; other than seeing the city taken over by music for a spate of July days—is catching a local name you’ve been meaning to check out live. This year’s fest offers a handful of such opportunities, with rising stars and scene veterans alike keeping the event undercard varied and interesting. Here’s a handful of new-to-the-scene names we can’t wait to watch:


Morgan Toney has been capturing attention—and ears—since his Prismatic Festival 2021 showcase. With a co-sign from fiddling legend Ashley MacIssac, trust that Toney’s got what it takes to make a string-based song soar—all while pioneering his own hybrid of Cape Breton roots music and the music of his Mi’kmaq heritage. See him as part of a free showcase at 11am on July 15 at the Jazz Fest Main Stage.


Halifax’s music scene can’t wait for Eriana Willis to drop her debut album. The Dartmouth singer is the latest in a new lineage of North Preston’s rich R&B tradition, making a name for herself posting covers online before collaborating with the likes of Keonté Beals and Cyndi Cain. Now, you can see what the buzz is about as she plays the Hydrostone Park on July 17 at 2pm as part of a free showcase.


Dee Dee Austin is making her mark on the city this summer, from an opening slot at the July 1 Kana’ta Day programming on the Halifax Common to a slot alongside Morgan Toney on the Jazz Fest Main Stage on July 15 at 2pm. Nominated for Indigenous Artist of the Year by Music Nova Scotia in 2021, Austin delivers poppy songs about heartache and country roads that are impossible to not sing along with.


While Behrooz Mihankhah has been making a name for himself in the city since 2015, it was 2021 that saw the composer-pianist drop a full debut album. By fusing the traditional music of his home country, Iran, with contemporary composition and improvisation, Mihankhah promises a wholly unique listening experience—which you can witness at noon on July 14 at the Halifax Jazz Fest Main Stage as part of a free showcase.