Forbidden in the city 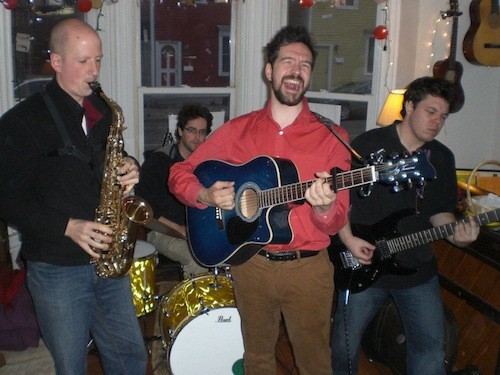 If those two crazy kids Adam and Eve have taught us anything, is that there’s something undeniably appealing about the forbidden. It’s hard to imagine an artist in existence who wouldn’t do a silent, ecstatic fist pump if their art—be it theatrical, musical or literary—was deemed too dangerous for the public good.

Taboo Theatre makes the most of their name and holds a themed fundraiser on Sunday, April 22 (8pm at the Bus Stop Theatre, $10 suggested donation). Dubbed Banned Aid, it’s an evening of performances of banned material through the ages, going all the way back to ancient Greece to more recent illicit fare, featuring members of Taboo Theatre, Vile Passeist Theatre, 2b Theatre, Angels and Heroes, Zuppa Theatre, LunaSea and more, including Mary-Colin Chisholm, Sebastien Labelle, Susan LeBlanc Crawford, Pasha Ebrahimi, Shawn Duggan and Mike Pellerin. Banned Aid will fund their upcoming production of Sarah Kane’s Phaedra’s Love (running May 9-13 at the Bus Stop Theatre), which also seems to be gunning to corrupt young minds with an adaptation of a Greek myth about a woman’s love for her stepson that drives her to suicide. Yowza.

“It calls for graphic acts of sex and violence to be depicted onstage but it also has a lot of substance in the way it critiques modern society,” says Mike Chandler, organizer of Banned Aid and Taboo Theatre member. “We’re planning some pretty major special effects to render this play in the way Kane intended, so we hope to raise enough money to cover those costs and other costs associated with the production. This is one of the most ambitious shows Taboo has ever mounted and we’re going to do it right.”

Banned Aid will include excerpts from the plays like Lysistrata by Aristophanes, and Ghosts by Henrik Ibsen, readings from The Grapes of Wrath, The Color Purple, Lolita, Howl and others, performances of once-banned songs including The Beatles' “A Day in the Life”, “Creep” by Radiohead and Johnny Cash's “The Ballad of Ira Hayes”.

The event is fitting with Taboo Theatre’s mandate which is “to explore and challenge social taboos and push the boundaries,” says Chandler. “Our previous plays have dealt with issues such as tattooing, addiction to shopping, home invasions, pornography, prostitution and alcoholism.”

“It's fun to shock people,” says Chandler. “Our first Grand Guignol show had a scene in which blood was spurting from a patient’s head, and it was interesting to see the mixture of gasps of horror and nervous laughter.”

“I think people are always intrigued to see what others find shocking,” he continues. “I think people will be fascinated to see how this sheds light on our societal values through the ages.”