Fab beers to sip in the spring sun

With patio season on its way, we asked Nova Scotia breweries about the new and seasonal stuff they have on tap. 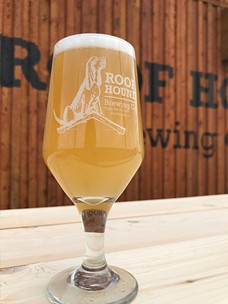 1. Mojito Kettle Sour
Roof Hound Brewing Co. (4.3% ABV, 17 IBU)
Available now
“We have made it before, but it has been reinvented with a new souring technique and a warm fermenting Norwegian yeast strain that creates citrus characters,” Roof Hound owner Les Barr explains via email. This beer is kettle soured, dry-hopped with cascade hops, mint and lime. If you’re on board with the sour trend, check out page 14 for more sour power.

Propeller Brewing Co. (5% ABV)
Release June 1
If you cried when Propeller discontinued its Honey Wheat and Organic Blonde, it’s time to dry those tears and rebound—because the Stone Fruit Summer Ale is one of new brews you can expect from Propeller in the near future. This low-IBU beer (exact number TBD) tastes of mango, peach and apricot without the inconvenience of a pit. “Basically, it’s going to be the perfect patio beer,” marketing manager Evelyn Hornbeck tells us.

5. Me A River
Tidehouse Brewing Co.  (7.5% ABV, 40 IBU)
Release June 15
Tidehouse is set to launch a bottled version of its New England-style IPA, which is made with mosaic and hops. Co-owner Shean Higgins describes this beer as “slightly hazy,” featuring “juicy tangerine, papaya and pine flavour with some peach notes.”