You'll fall for this play hook, line and sinker 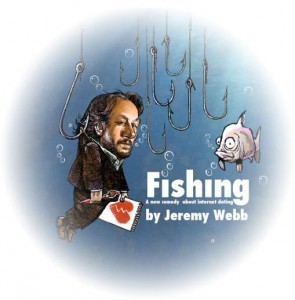 Jeremy Webb is a very good actor whose greatest gift is injecting the characters he plays with his own rakish charm. This charm is much in evidence in his new play Fishing (written by Webb and directed by Alexis Milligan) where he plays a middle-aged divorcee named Paul Fisher who looks for love on an internet dating site. The writing is light and funny and the show features a great performance by Stacy Smith as all seven blind dates and as Fisher’s foul-mouthed, tender-hearted boss. Though the momentum lags a bit in spots making the play seem over-long, it will no doubt gel and compact over time. The set is simple and effective and projections keep the show visually interesting. Fishing contains Webb’s trademark audience participation portion that had an unsuspecting woman become one of his blind dates. Smith and Webb’s off-the-cuff humour and the woman’s game participation was a real highlight.