A peek at the details and renovations that went into Annie Brace-Lavoie and Jenner Cormier’s new restaurant. 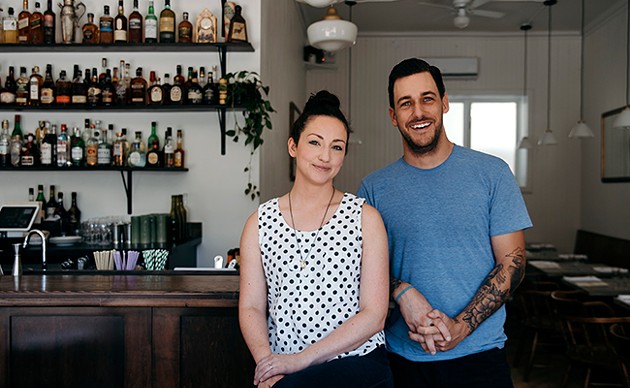 It’s 22 degrees and Jenner Cormier’s forearm is covered in goosebumps. He’s recounting the first few days of service at Bar Kismet, the restaurant he and his partner Annie Brace-Lavoie (who’s also the chef) opened quietly to Agricola Street last weekend.

“The last few nights we’ve had some solo diners come in, just because they were walking by, and plant themselves at the bar, have some wine and some food and then pack up and leave,” he says. “That was a huge win for us, those kinds of things—those are my favourite.”

Those wins are exactly what Brace-Lavoie and Cormier had in mind while they were planning and renovating their space, transforming an unsung building into a restaurant as warm and welcoming as its huge picture windows. “We were really dreaming of something little and something comfortable. We wanted it to feel like, if you were the only couple in here and it was a blizzard, you weren’t singled out,” says Brace-Lavoie. “We wanted a comfortable space for anybody.”

Brace-Lavoie’s menu—which spotlights seafood, local vegetables and a rotating selection of handmade pasta—aims to accomplish the same thing. The goal is to keep it fresh, beautiful and accessible, with Cormier’s bar as a considerate complement to wash it all down. 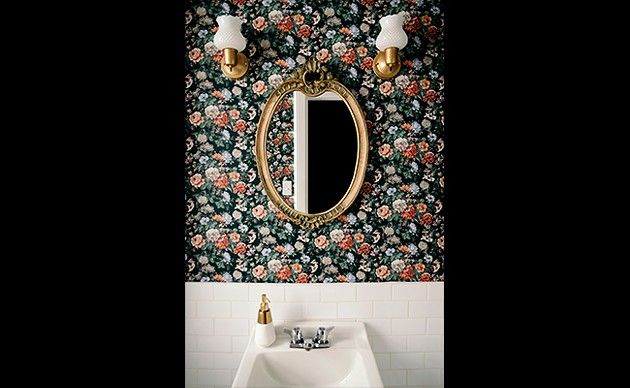 Alexa Cude
When it comes to decor, the little things go a long way to tie together the restaurant’s minimal, classic vibe. “We both grew up as Value Village kids and joke that we’ve been training for this moment all our lives,” says Brace-Lavoie, of the collective collecting that resulted in many of the details that anchor the space’s style. The lush floral wallpaper that makes the bathrooms prime selfie territory was a Kijiji find (free, at that!) as were their mirrors. The built-in bench seating was rescued from a century-old church in Morton, Annapolis Valley, the barstools transported from Boston, the chairs from Moncton and the vintage, milk glass light fixtures were gathered one-by-one, from various people and places. Likewise, Brace-Lavoie’s been piecing together her collection of dishes for the last five years. “My heart is going to break a little bit the first time a plate breaks,” she says, laughing. 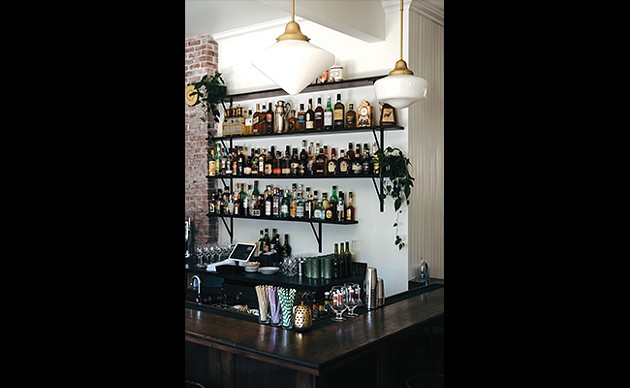 Efficiency and smart use of space were top of mind when it came to designing both the restaurant’s focal point—the completely ergonomic bar—and the handmade, concrete tables courtesy of . “We wanted to keep them small enough that we maintained that intimacy,” says Cormier of the cloudy grey tables-for-two. “Most restaurant tables are about three inches bigger, so we wanted to trim them up. We want people to feel like they can have an intimate conversation and not feel like they’re sitting on top of the next person.”

“I think finding a location was single-handedly one of the hardest things we had to overcome,” says Cormier. The search for a small space in the right location was a battle, but when they finally got the keys to 2733 Agricola Street— the former Greek Village—they were rewarded, ten-fold. “It was full of treats!” says Brace-Lavoie. The pair ripped up the old linoleum floor to reveal well-worn hardwood, knocked out the drop ceiling to gain three extra feet of space and found original wainscoting behind drywall. “We were walking around with hammers smashing holes in the wall and poking holes in the ceiling,” says Cormier. “This place has seen so many owners in the last 40 to 50 years that we wanted to get rid of any evidence of that.” Their demo work made way for Five by Five Renovations to put the pieces back together in a way that’s barely recognizable.