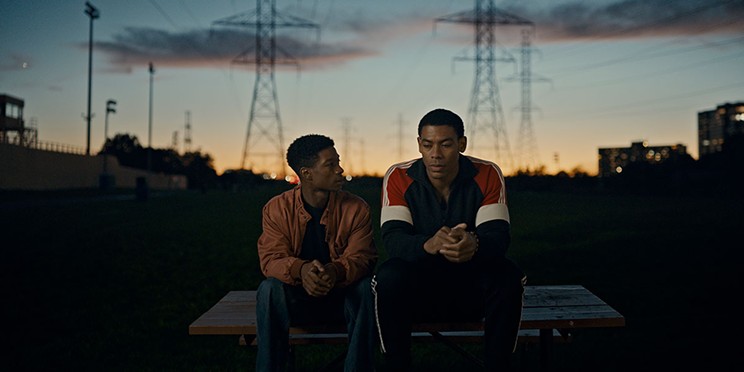 Start planning your movie binge now in advance of the September 15-22 event.

Every fall, FIN manages the juggling act of bringing hundreds of movies to the big screens of Cineplex Park Lane, providing a list of the hottest Hollywood hits-in-waiting and must-see local features alike. For a film buff, it's the type of one-stop shopping that'll get you up to speed on what's bound to end up on year-end, best-of lists and award ballots.

While today's media release highlights a packed festival schedule, the opening night flick that'll kick off this year's fest is none other than a Canadian movie that's already got serious buzz: Brother,
Clement Virgo's adaptation of David Chariandy’s award-winning 2017 novel that follows the lives of two Scarborough siblings as they chart their dreams and futures amidst their hardscrabble surroundings. Starring The Hate U Give's Lamar Johnson and The Underground Railroad's Aaron Pierre, the movie is coming to FIN hot off a showing at the Toronto International Film Festival. It'll be on view for Halifax audiences as part of the September 15 opening night gala.


FIN runs from September 15 to 22, both in-person and with an extensive selection of Atlantic-made movies available to stream through its online platform, the aptly named FIN Stream. See full movie listings and gala events live on the fest site now.