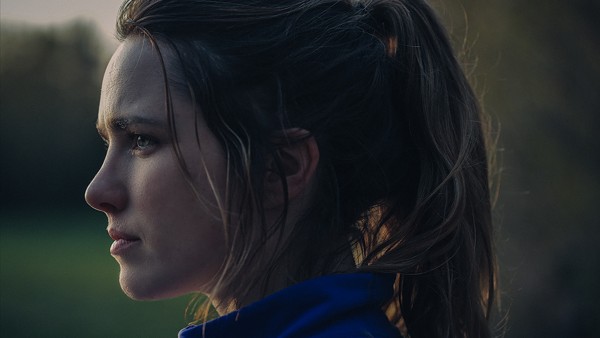 What happened to Cara?

The Canadian festival entry Ordinary Days—it screened here at FIN—gets a theatrical release this week at Park Lane. Its concept—the same story told from three perspectives, each segment handled by a different director—could've played as pointless schtick, but here it's deployed deftly enough to keep you guessing until nearly the final shot, which doesn't seem possible for a quiet 80-minute drama.

When college student Cara (Jacqueline Byers) goes missing, we drop into the story from three views: Her parents' (Torri Higginson and Richard Clarkin), a nice married couple struggling with empty-nest syndrome; the detective investigating her disappearance (Michael Xavier), a drunk struggling with his relationship; and Cara's own experience.

A cool slate of directors handles the respective parts, two of them women—Newfoundland's Jordan Canning and Kim's Convenience director Renuka Jeyapalan—plus Haligonian Kris Booth. Each piece plays like a different genre: Canning stages a tense family drama; Booth gets the police procedural; Jeyapalan has an incredibly restricted, single location to play with (to say more than that is to unfairly spoil). There's no Traffic-style distinction between the film stocks, but each piece, with its overlapping tops and tails, feels like its own contained short without compromising the overall film. (There is one writer, Ramona Barckert, and cinematographer, Mike McLaughlin.)

By putting Cara's segment last, we're left to form our own plot guesses based on the bits of her life offered by people who do and don't know her (one of the film's few missteps is to have each of her parents make a speech about her childhood, completely unprompted, that demonstrate her independence and tenacity). It's to Byers' great credit, since nearly all of her scenes are solo, that when we get to our time with Cara we're very invested in her being OK. Barckert smartly sprinkles in some misdirecting details that elevate a simple missing person story, creating a film that moves slowly and carefully to a well-earned reveal.