Film review: Call Me By Your Name 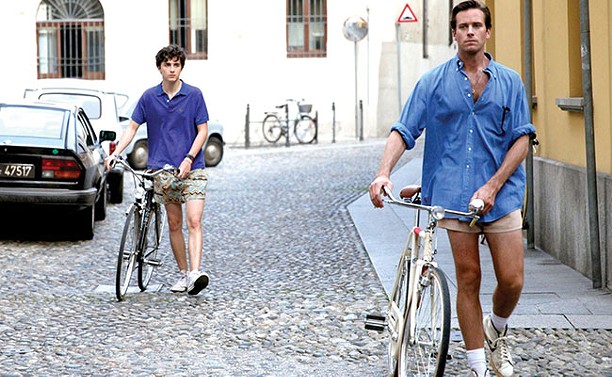 Timothée Chalamet and Armie Hammer in Call Me By Your Name.

As is usual, Call Me By Your Name arrives in Halifax after nearly five months of rapturous response, beginning on the festival circuit in September, paralyzing gay Twitter in December and losing all of its Golden Globes last week. (Advice to men: Try not to make an awards bid when Daniel Day-Lewis is out here, especially when he's retiring.)

The story is simple and lovely: Elio (Timothée Chalamet, who gives a hella tight performance in Lady Bird as well) is a bored rich kid in Italy. Oliver (Armie Hammer) is a sexy, slightly older American student staying with his family for the summer. It's 1983, so their burgeoning feelings must be pushed off via tantalizing swims, sweaty bike rides, drunken disco-dancing and shirtless European lounging. (The movie makes you wait, and wait, and wait for it.)

Hammer, who left Twitter after BuzzFeed titled a piece "Ten long years of trying to make Armie Hammer happen" (...fair, though), has been handsomely lunking around in parts nowhere near the stature of his breakthrough film The Social Network. Director Luca Guadagnino uses his assets, from face to feet, to create a maddeningly enigmatic character, so aware of his body and confident in it, that when he does let some light in it's staggeringly effective. Chalamet, however, has more to accomplish and he plays the hell out of it—Elio is tempestuous, confused, besotted and so full of lust at one point he fucks a peach. What could be dismissed as experimentation is instead framed with care and kindness as a first love, woozy and meaningful, bringing this fantasy world somewhere universal.