Whether in St. Lucia or Halifax, Kayo stays true to himself and shares his whole story through music. 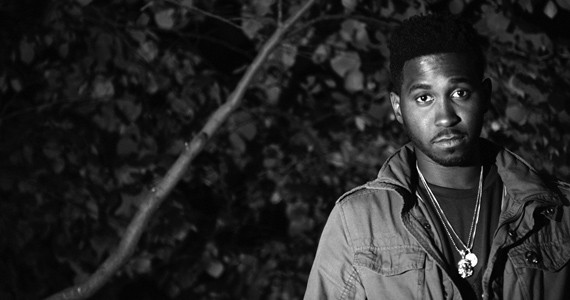 Growing up on the small Caribbean island of St. Lucia, Kayo Guevarra discovered his love for hip-hop like many of us: through R. Kelly. He was 14 when he joined his school choir.

"We were going to sing R. Kelly's 'The World's Greatest,'" Guevarra explains. "The choir leader wanted to add a rap verse, so he wrote a verse and everyone suggested that I do it, but the verse was wack, so I re-wrote and re-worded it and that was my first performance ever."

From there, Guevarra began working with St. Lucian female jazz group, Sisterhood, on a single that would lead to a performance at the St. Lucia Jazz Festival and lots of radio airplay.

"That's what put me on the map in St. Lucia," he says. "After that, I just never stopped. But there came a point when I had done so much travelling to other islands, many performances, and I saw there was only so much I could obtain from being a hip-hop artist in the Caribbean."

So in 2008, he moved to Halifax for university and quickly connected with the local Caribbean and hip-hop communities, getting to know the culture and music scene for his growth. "I understood the social aspect and the business aspect and I knew this was something I had to do," he says. With a predominately hip-hop sound, Guevarra also blends R&B and reggae. "There's a lot of different elements: calypso, dance hall, jazz. I try to incorporate those and that energy onstage. The live performance is rhythmic and vibrant. In production, I want to create a new sound for my generation. Like the new Fugees, or Bob Marley, that same energy."

Working with local rappers like Quake Matthews and Cam Smith, and by broadening his fanbase across Canada, Guevarra signed on with Universal Records for last year's S.L.A.V.E., an acronym that stands for his concept motto: serenity lives around virtuous energy. "The vibe of the album was very dark and aggressive. That's just the shit I was going through at the time. But I wanted these fucked up emotions to be something positive," he says. "Something so dark and negative as the word 'slave,' I wanted to turn it into something empowering. To show that out of darkness, one can find light. I like the conceptual stuff, that's the nerd-artist in me."

Currently working on another record, Guevarra's first Halifax Jazz Fest performance will feature a full-band including keys and a brass section, and special guests. He's spending a few months in Toronto on the grind while he promotes his releases with Halifax singer Kirsten Olivia.

"I've been trying to stay connected to St. Lucia, too," he says, describing how in late May he organized a St. Lucia symposium with his manager and Universal reps with the hopes of creating cultural infrastructure that will support St. Lucia's strong and growing hip-hop scene. "St. Lucia is a lot like Halifax, but I'd like for artists to not have to leave like I did. I've been so welcomed into Canada, and everyone has made it feel like home, so I had always wanted to show people where I came from, to see my whole story. Because, without a doubt, I'm a little different. I like to focus on the vibe. I'm not always super-lyrical, but I say more with less."