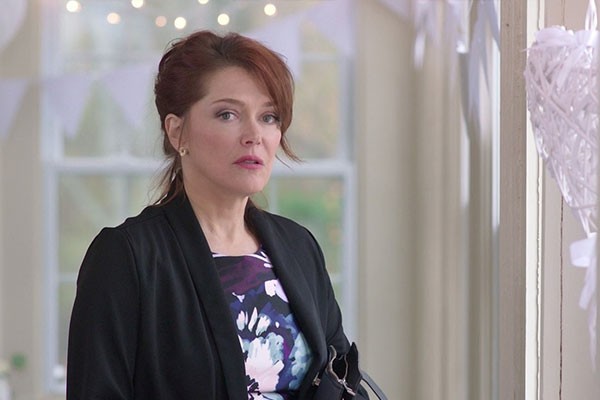 How might you make a romantic comedy that is funny and honest without being reductive about our experience of love? That's the guiding question behind Hopeless Romantic, an ambitious locally-made film premiering this week at the Atlantic International Film Festival.

The film, the brainchild of producers Bill Niven and Jay Dahl, grew in scope as they signed up a team of six women directors—Deanne Foley, Megan Wennberg, Latonia Hartery, Stephanie Clattenburg, Martine Blue and Ruth Lawrence—and brought on an additional producer, Latonia Hartery to explore the nuances of their question. Instead of focusing on one central story, the film stitches together the romantic trials and tribulations of six women, stories that each emerged after the film's writer-directors were given creative license to create a story exploring love and loss. Hopeless Romantic's protagonist, Anna (Lynda Boyd) brings each story into focus as she meets a series of women at a wedding—and for Wennberg, it's these connections that give the story its "ties to the present tense."

"That's how we were able to incorporate some of what we'd all done—pretty individually and disconnected—into this one big film that hopefully feels like one thing, to an extent," she says.

Contributing writer-director Stephanie Clattenburg says that though the film is built around the "spine" of Anna's story, each director's individual creative touch shines through.

"Even if you didn't know that the film has six different directors, you'd certainly see that each storyline has a different style: different shooting style, different colour palate," she says.

"We've all experienced love and loss to some extent—that's one of the most common things that we find and relate to amongst other people. And so even though they all seemed different—and we all definitely came from different perspectives—that's what makes it sincere and heartfelt."

Fa-la-la-la films—it's the best time of year for movie releases!