One of Canada’s most lauded authors releases his most vulnerable work yet.

When he answers the phone call from The Coast days before his latest book is about to hit shelves, George Elliott Clarke isn’t afraid to admit his nerves: “I don't have protection of fiction,” the Order of Canada-appointed poet and author says. While writers “are always revealing ourselves,” Clarke adds, his new memoir means “much more exposure of who I am, whatever that is; whoever my fundamental identity is. Drive and desires and wishes and fears: It's all there. Any armchair psychologist or psychiatrist can sit down with this book, and probably do a better job of figuring out who I am than I've ever been able to do myself.” He laughs. 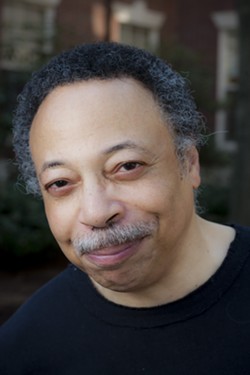 Submitted
"Any armchair psychologist or psychiatrist can sit down with this book, and probably do a better job of figuring out who I am than I've ever been able to do myself," says Clarke.

To have such stage fright now, over 30 published books in, is at once surprising and endearing of the writer, easily one o

f Canada’s most lauded. But really, considering the work at hand—a 337-page tome whose title feels like a one-line poem, Where Beauty Survived—it sort of fits: Clarke has long arranged the branches of his family tree in vases of books for others to read and relish (like his African Nova Scotian answer to Steinbeck’s East of Eden, 2005’s George and Rue or its sibling work, 2001’s Execution Poems). But, he’s never quite turned the mirror back on himself as plainly as here.


Where Beauty Survived weaves memories of his childhood in Africadia (a historical, geographical term Clarke coined: “I believe that the historical Black Nova Scotian community created an independent, separate, North Atlantic, African diasporic culture—and it should have a name,” he explains) into a tight tapestry that shows how he was shaped into the poet and author he is today. Clarke is quick to promise that the story delivers laughter and lightness alongside loss and grief, his signature alchemy. Time is charted from his early childhood to teen years through the culture and music around him, “from the Beethoven of my father and the James Brown of my mother to Miles Davis,” he adds. His relationship with his father, the womanizing maverick who inspired his 2016 novel The Motorcyclist, is the book’s beating heart (the diary his dad left him as an inheritance provides inspiration for both works).

“Everywhere you look, in Nova Scotia, there are incredible stories involving Black people: Historically, as well as right down to the present,” he adds.

Clarke should count his own story amongst them.