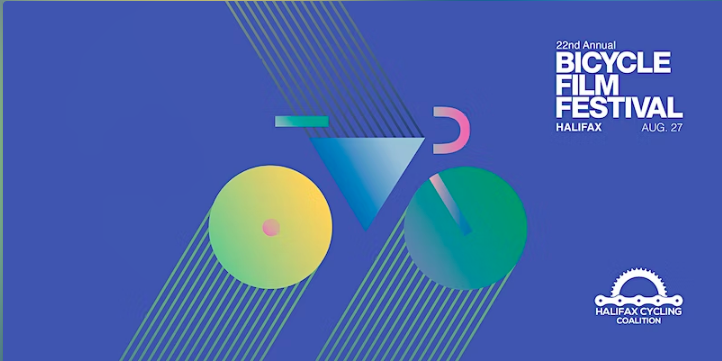 Movie-loving cyclists will gather at Central Library on August 27.

Niche viewing peddles to the Central Library on August 27.

If the newly sprouted bike lanes around town are anything to judge by, this is a city that loves to peddle. The fandom for two wheels might run deeper than you realized, though, if you haven't been attending the annual Bicycle Film Festival Halifax.

Now entering its 22nd year, the one-day screening offers a swath of shorts delving into all things biking, while providing a chance for cyclists to mix and mingle and discuss their preferred mode of transport. Here's everything to know about this year's event:

What is the official name?
The Bicycle Film Festival Halifax.

What is it also known as?
Team Coast calls it "bike fest" but we are still trying to make fetch happen on that one.

What is it?
Hosted by the Halifax Cycling Coalition (with a portion of ticket sales going to the organization), this fest is a place for cyclists to gather and geek out over their favourite mode of transportation. Two separate, ticketed screenings comprise the event. The 6:30pm screening is stuffed with shorts that tackle issues and current events in the world of cycling, while the 9pm show is all about outdoor bike-themed movies and docs.

Where do I get tickets?
Tickets are available for the two screening sessions that comprise the fest via eventbrite and cost $22.23 each.

Are there festival passes?
Yes, available via the same eventbrite as single-screening tickets. They cost $32.84.

What is the must-see show?
If you want to feel in-the-know on a slew of topics as disparate as Monterrey, Mexico's bike lane crisis and a day in the life of a New York food delivery person, the 6:30pm screening is for you. This collection of shorts (most of which are documentaries) is a crash course on the current state of cycling today.