Everything inside city hall’s 186 pages of donair emails

Outrage, secrets, Jordi Morgan; we have the donair receipts.

Last fall the world held its breath as Halifax debated making the humble donair our municipality’s official food. Between the initial reluctant request for a staff report from councillor Linda Mosher, to the final declaration by mayor Mike Savage, there was an ocean of angry comments and national coverage wondering why Halifax would spend so much effort on giving royal assent to this regional bastardization of a gyro.

The staff report itself was an administrative formality. What came back was mostly Googled donair articles Mosher had already assembled attached to a few scant paragraphs advising council to do whatever the hell they want.

But in between those two events there were secret donair meetings, angry comments and alternative recommendations. The Coast asked HRM for all emails and communications between council and staff related to the donair report request. We got back 186 pages. Here’s what was inside. 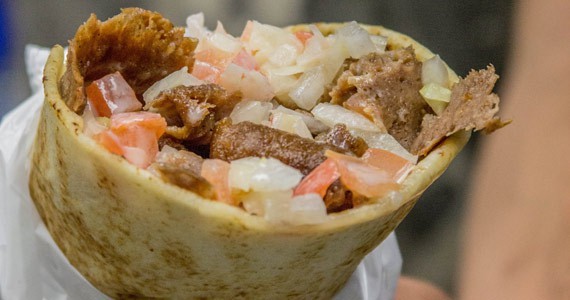 “I am literally embarrassed,” wrote one. “You can’t get staff to submit appropriate and timely information on major snow removal issues, and you now send this to staff. Absolutely ridiculous.”

“I hope you will abandon this foolish quest and give serious consideration to legitimate matters,” wrote another.

“Declaring the donair as our official food makes us the laughing stock of the country,” reads an email sent to Jennifer Watts. “Good god, what is wrong with your fellow councillors.”

“I don’t know what happened to regular fish and chips, but I’m sure the ubiquitous donair, the most obnoxious concoction to come along since cheese-filled pizza crust, will be embraced by many of the health-conscious junk-food consuming sheeple of our beloved city,” writes one concerned citizen.

Councillor Bill Karsten at least got a kick out of that last email, forwarding it to HRM staff. “You have to admit...this is rather funny!”

Despite the negativity, at least one councillor offered up encouragement to Mosher on her efforts. “This is big for Halifax,” wrote Matt Whitman, deputy mayor of positive thinking. “Congrats to you.”

SECRET DONAIR SUMMIT
Redacted emails from October 16 show that a concerned private citizen wanted to meet with the mayor to “explain the significance of donairs to Halifax.”

“We can get together over a donair or a hot/cold drink, your choice,” the resident—whose identity is protected by privacy legislation—writes.

The mayor was happy to schedule a meeting, adding that HRM could maybe set up a “formal donair eating proclamation” if the official food status was achieved. 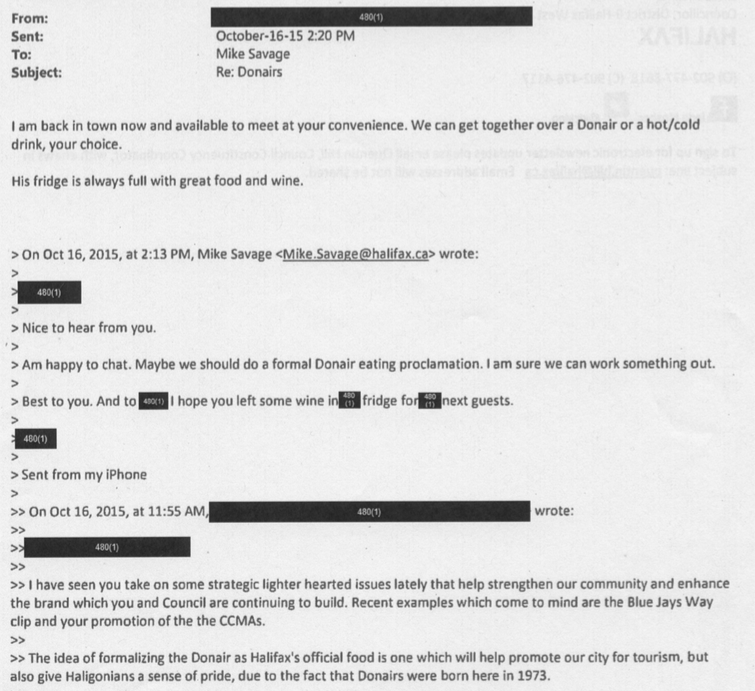 One might think this concerned citizen was Norman Nahas. The KOD owner was the face of the donair lobby last fall, showing up at City Hall with Run-D.M.C.-inspired donair shirts and fielding media calls [Update: Though I remember it differently, Matt Whitman says Nahas didn't wear the t-shirt himself to City Hall]. But Nahas says he never met with the mayor or sent those emails. At least, he’s pretty sure he didn't.

“I don’t think I ever met with him about that,” he says. “Not saying it’s impossible, but I don’t recall.”

NUTRITIONAL SMEAR CAMPAIGN
Anyone purchasing a donair probably isn’t too concerned about calories. This isn’t health food. But the nutritional value of the late-night treat—and its association with alcohol—did cause concerns for some residents.

“Donairs have to be one of the worst things you can eat…usually in the 500 calorie, 30G fat and high salt range,” reads one email. “Why would anyone want to put that into their bodies as just one of three daily meals?”

“A friend of mine who grew up and studied in Halifax once mentioned that eating donairs is associated with late night activity after a heavy session of alcohol consumption,” wrote another resident.

Linda Mosher fought back against these nutritional accusations, especially one resident’s concern that donairs didn’t adhere to national guidelines for healthy eating.

“Canada’s Food Guide was put together with considerable influence from corporations such as the Milk Industry, etc.,” Mosher wrote in an email. “A well-known endocrinologist says we are the only species who continues to drink milk after we are weaned off our mothers.”

Evaporated milk is presumably fine, though.

The Halifax West Armdale councillor clarified her stance in a subsequent email.

“This motion in no way is encouraging residents to include donairs as part of their regular food groups. Nor would I recommend eating a kale salad with dressing, which could be as much fat and calories.”

NO ONE UNDERSTANDS JORDI MORGAN
In the midst of all the discussion last fall, Canadian Federation of Independent Business vice-president Jordi Morgan published an ornate open letter championing the donair as the pinnacle of Ivany Report innovation.

Nobody really knew if he was serious, including readers inside City Hall.

“Is this satire?” reads the subject line of an email from staffer Joshua Bates to mayor’s office spokesperson Shaune MacKinlay. “I honestly can’t tell.”

“I have no idea,” replies MacKinlay. “Maybe it’s supposed to be a scathing indictment of council priorities. I will say, though, that whatever the case Jordi has probably spent more time and brain cells on the donair ‘issue’ than we have.”

STAFF ALMOST RECOMMENDED AGAINST
The report that eventually returned to council on December 8 officially had “no recommendation.” But earlier drafts featured different advice.

A November 26 working draft recommended “that status quo be maintained” in terms of official foodstuffs. In fact, the staff report was originally going to come back as a simple information item, lacking any recommendations one way or another. Upon learning this, Mosher called acting manager of government relations Maggie MacDonald.

“I think she was concerned that it is an information report and concerned about our response being overly bureaucratic,” MacDonald subsequently writes to then-CAO Richard Butts. 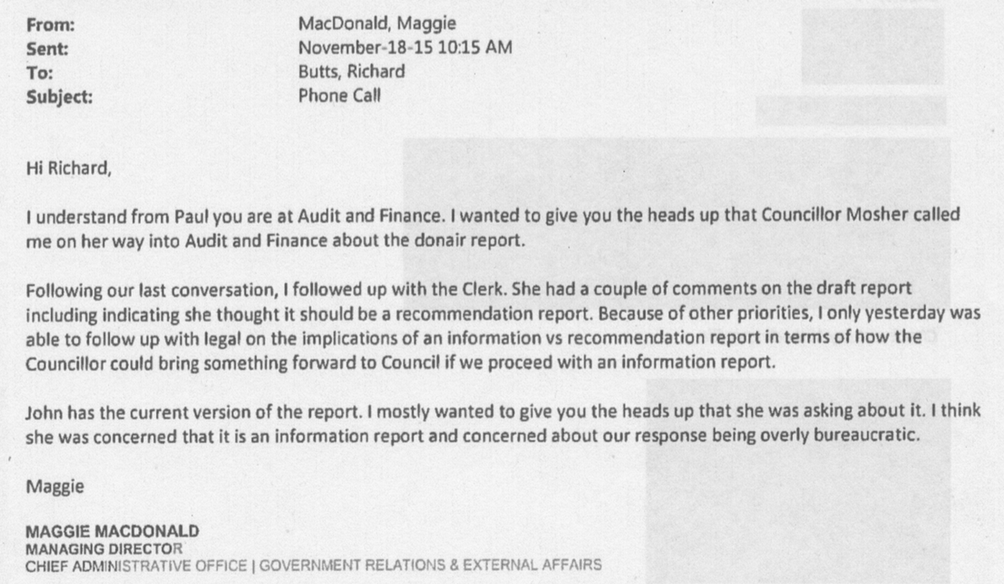 Council eventually split the donair decision, with Mike Savage casting the deciding vote in favour of making the wrap HRM’s official food. Mosher sent a thank you email to Savage the next day, expressing gratitude that we could all finally move on.

“Hi Mayor Mike. Thanks for your vote yesterday it is greatly appreciated….A couple national news outlets called me but I’m ignoring. We can finally move on from donair to hopefully not ice storms!”

And so the donair is now codified as Halifax official food—something that has no actual legal or practical effect.