Atlantic Canada has the highest use of solitary confinement in the country. Is this about to change? 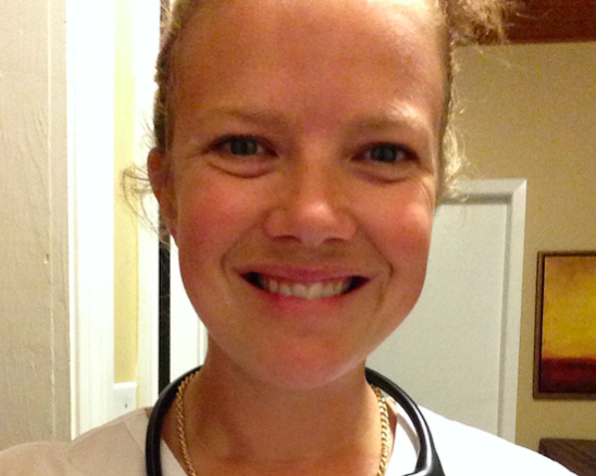 SUBMITTED
Martha Paynter is a registered nurse working in maternity care, a PhD trainee at Dalhousie University school of nursing, and the founder and chair of Women's Wellness Within, a non-profit organization that supports criminalized women in pregnancy and early parenting.
“We won!” exclaimed the British Columbia Civil Liberties Association, regarding the BC Supreme Court ruling January 17 against sections of the Corrections and Conditional Release Act that allow for indefinite solitary confinement. In the frustrating, protracted, and so-often disappointing battle for prison justice in this country, it is, of course, a win, and to be celebrated. But it is also partial, and it is important to acknowledge how and why this ruling will not be enough, particularly for women.

The ruling has three main elements: One, that administrative segregation is unconstitutional in that it violates Section 7 of the Canadian Charter of Rights and Freedoms, which guarantees all people in Canada the right to life, liberty and security of the person, by subjecting prisoners to long periods of segregation, a lack of independent review of segregation and lack of access to a lawyer to assist with segregation hearings; Two, it also violates Section 15 of the Charter, known as the equality provision, which prevents discrimination based on “race, national or ethnic origin, colour, religion, sex, age or mental or physical disability,” specifically because the solitary confinement of individuals with mental illness and Indigenous prisoners exacerbates disadvantages they already experience; and three, the ruling insists time limits are necessary, but allows that 15 days is “defensible.” The federal Liberals had already announced plans to roll-out the 15-day limit by next year anyway.

We started Women’s Wellness Within (WWW), a non-profit organization supporting criminalized women and transgender/non-binary individuals in pregnancy and early parenthood, after learning Julie Bilotta was forced to give birth in a segregation cell. We see how social inequalities, mental illness, addiction and poverty drive criminalization. Unstable health and vulnerability put prisoners at further risk of segregation once inside incarceration facilities.

In Atlantic Canada, we segregate children. Ashley Smith’s tragic and ultimately deadly experience of incarceration began with frequent segregation as in detention in New Brunswick. Last year, a youth known in court documents as “BP” spent an entire year in solitary confinement at the adult male jail in Springhill, despite recognized need for significant rehabilitation and supportive therapy unavailable at that facility.

Last month, The Deep magazine exposed that a pregnant woman remanded to the Central Nova Scotia Correctional Facility was held in segregation for over a week during her third trimester. Remand is pre-trial history: pre-conviction; pre-sentencing; while presumed innocent. Most prisoners in Nova Scotia are on remand. You can be on remand indefinitely.

The Office of the Correctional Investigator reports that incarcerated women experience high rates of self-harm, and this self-harm is punished by restraints and confinement. Most criminalized women have histories of sexual and physical abuse, traumas that put them at risk of self-harm, addiction and mental illness.

Women are the fastest growing population in our prisons. An estimated six to 10 percent of incarcerated women are pregnant. Pregnancy and post-partum are periods of elevated risk for developing mental illness, including psychosis. Most incarcerated women are mothers. Separation from their children contributes to anxiety and depression. Acts of anger and fear can be punished with segregation.

Seven years ago, the United Nations called for an absolute ban on solitary confinement in most cases, including for all juveniles and individuals with mental illness. The Canadian Association of Elizabeth Fry Societies launched a campaign last week: #not1day because even one day segregation is too many. While the BC ruling is an important step forward, we need to recognize how short it falls, especially for criminalized children, women, and transgender/non-binary individuals. End segregation now.