The Sackville cook ensures no one dines alone with his free Christmas dinner aimed at curbing holiday isolation. 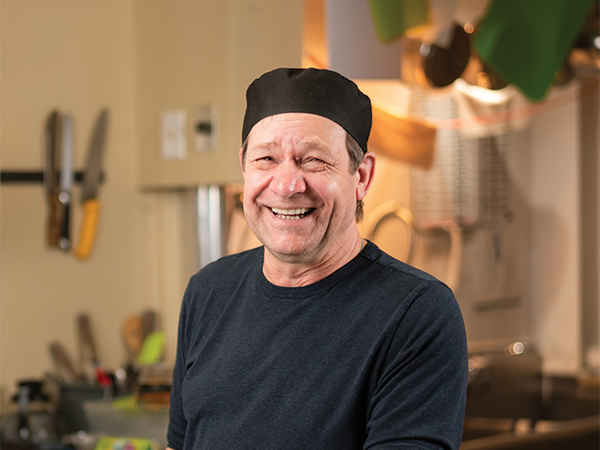 Eldon Turner grew up in Happy Adventure, Newfoundland, a small village where everyone was poor, but nobody went without.

"If somebody had a turkey, we all had a turkey," Turner says. "I didn't realize that we were all poor, because it didn't seem to matter. There is nothing in this world I would change about where I grew up."

Now, Turner owns Eldon's Soup and Sandwiches in Lower Sackville. The shop's slogan, "Where no one dines alone," is something that Turner takes quite literally. When he notices new customers, he makes a point to introduce himself, taking the time to sit down and start a conversation. For one meal, he tries to provide people with the sense of community that permeated his childhood.

"Do you ever get the feeling that you're alone?" Turner asks.

He's referencing loneliness, that sinking pang of self-pity that often accompanies isolation. "I don't like the idea of people being alone at Christmas," he says. To help curb that feeling, and make sure everyone has somewhere to go, Turner hosts an annual free dinner on Christmas day. "I want people to come in, sit down, talk to the neighbour beside them, laugh a little and enjoy the day," he says.

Last year, with help from more than 90 volunteers, Turner fed upwards of 80 people. He donated whatever food was leftover to local charities, including Souls Harbour Rescue Mission and Out Of The Cold Emergency Winter Shelter, feeding an additional 200 to 300 people.

This year, the dinner will be held at Knox Church in Lower Sackville. Turner is looking for volunteers, like local businesses willing to cook a turkey or donate baked goods, and donations, like potatoes and carrots that can be dropped off closer to December 25.

Dinner will be served between 2pm and 5pm on Christmas day. Guests can expect a traditional holiday spread, including favourites like stuffing, cranberry sauce and, of course, dessert. Turner says everyone is welcome to attend.

"It doesn't matter if you have $2 million or 45 cents," he says. "It's about sharing a meal with others. I want people to know that, as long as they have a roof over their head and food in their belly, they'll be alright."