An intergalactic, hazy new one-off can 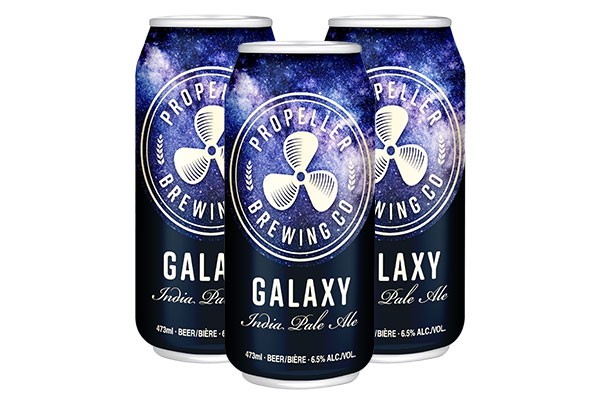 The stars aligned last weekend for OG indie beer-maker Propeller Brewing Co. (2015 Gottingen Street and 617 Windmill Road), which released its latest special brew, a hazy Vermont IPA called Galaxy that's been blasting off the shelves ever since. Made using Australian galaxy hops (for that tropical, citrusy aroma, that'll have you forgetting we're in the ass-end of fall) as well as citra and mosaic hops (for a little kick of mango and tangerine), this juicy bugger is part of the Prop shop's work towards growing its canned selection. And because it's a one-off, you better hurry up and get your mitts on it because when it's gone, it's gone to a galaxy far, far away.