Eight downtown spots are up for heritage status from HRM | City | Halifax, Nova Scotia | THE COAST

Eight downtown spots are up for heritage status from HRM

Jennifer's of Nova Scotia, Modo Yoga and The Alehouse among old buildings may get protection—some against their will. 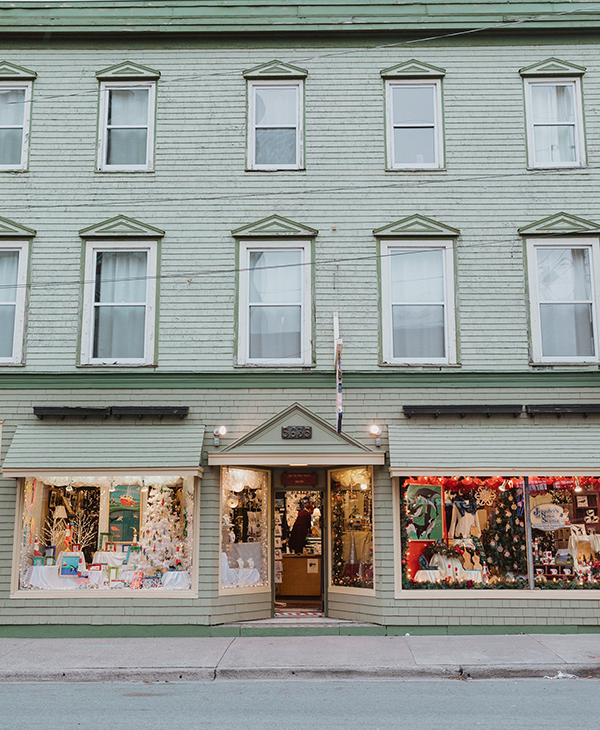 FACEBOOK
The A.H. Buckley Building on Spring Garden Road is the current home of Jennifer's of Nova Scotia, and is up for heritage status from HRM.

T he A.H. Buckley Building, which houses Jennifer's of Nova Scotia on Spring Garden Road, is one of eight sites that that regional council voted to move forward and set dates for their heritage hearings last week—a significant step towards the buildings potentially having official heritage status.

HRM says heritage properties are a way to ensure the conservation of any vital sites of heritage throughout the municipality—not only to protect the property but recognize, preserve and restore heritage sites through financial and municipal regulations. A 2019 report from the Heritage Advisory Committee says that since 2009, 33 buildings—30 percent of the potential heritage buildings analysed in downtown Halifax—had been demolished, leaving 71 buildings to be considered for heritage status, many of which are coming to council through this process.

But not everyone is pleased with the news. Kurt Bulger and his two business partners had been long-time employees at Jennifer's when they risked it all to purchase the property from the original owners in 2005. Since then, Bulger says they have made countless renovations and remain proud owners of the business, relying on it for their livelihoods.

In July 2019, Bulger was notified that a third party had made an application for heritage status for his building. With council's vote last week, a heritage hearing will be scheduled, and if approved, no demolition or substantial changes to the building's appearance can be made without a written application and approval from council.

"If they give my property heritage status, the council will be taking away any chance that I have to retire, or even to sell the property," says Bulger. "I would not have entered into a purchase agreement for two million dollars if I had known that my property rights would be taken away."

Hearing dates for Bulger's property and seven more spots you can explore in the map or list below will be scheduled for the coming months.

A.H. Buckley Building
5635-5637 Spring Garden Road
The A.H. Buckley building was a branch location of the Buckley Brothers drug store chain, and a commercial institution on Spring Garden Road during the early 1880s through to the 1970s. Today it houses Jennifer's of Nova Scotia, selling pieces from local artists and lobster-themed everything. It was built by John Spry Morris—the great-grandson of Charles Morris, the original surveyor of Halifax—before 1850. Buckley has been noted as one of the main physicians who gave medical supplies and expertise in the aftermath of the Halifax Explosion. When Albert's brother Avery Buckley retired in 1957, he was recognized as the oldest pharmacist in Canada.

Salvation Army Citadel
1717 Brunswick Street
The Salvation Army Citadel—currently home to the Halifax Alehouse—was originally built in 1895 as a permanent citadel and temple in Halifax. Designed by one of Nova Scotia's most significant architects, Henry F. Busch, whose other prominent works include the bandstand at the Halifax Public Gardens and the Halifax Dispensary, the late Victorian building is based on a rare Second Empire styling with Gothic revival influences. During much of the 19th century, this stretch of Brunswick Street was notorious for drunkenness, poor sanitation, murders and violence. Following the Reform movement, the Salvation Army Citadel became part of a trio of red-brick, Second-Empire style buildings across from Citadel Hill.

Britannia Terrace
1569 and 1579 Dresden Row
The Britannia Terrace rowhouses were built between 1842 and 1845 by John Burton. An English immigrant from London, Burton was a master builder and real-estate agent who originally built the Terrace for his five children. He later became a shareholder in the Halifax Kerosene Gas Light Company in 1850, which introduced street lighting to Halifax and Dartmouth. In the mid-1860s, George Munro Grant, a reverend, president of Dalhousie University, principal of Queens University and a Presbyterian minister at St. Matthews Church, also lived there.

MT&T Company Exchange
5562-5566 Sackville Street
The MT&T Company Exchange buildings were one of the first built for the Maritime Telephone and Telegraph Company in 1916, operating for most of the 20th century. An early example of steel construction in Halifax, the architectural style derives from classical Greco-Roman elements from the Beaux-Arts movement. Andrew Cobb, renowned architect, designed many telephone exchanges for MT&T and after this building, designed properties for Dalhousie University, the University of King's College and the Memorial Tower in Dingle Park. Two modern additions have been made to the side and rear of the building.

Richard Gorham House
1477 South Park Street
One of the only historic buildings remaining across from Victoria Park, the Richard Gorham House was built between 1857 and 1862. A real-estate broker and avid historian, John W. Regan lived in this building in the late 1920s while he wrote and published many publications on the history of Halifax and Nova Scotia under the pseudonym John Quinpool. From 1920 to 1921, he served as the deputy mayor of the former City of Halifax.

Isabel has been a freelance reporter with The Coast since 2020, covering a variety of topics including the environment, development, and other social issues. Before the Coast, Isabel worked at the Dalhousie Gazette as opinions editor and is going into their fourth year in journalism at the University of King’s...
Read More about Isabel Buckmaster