Down memory lane with The Tragically Hip 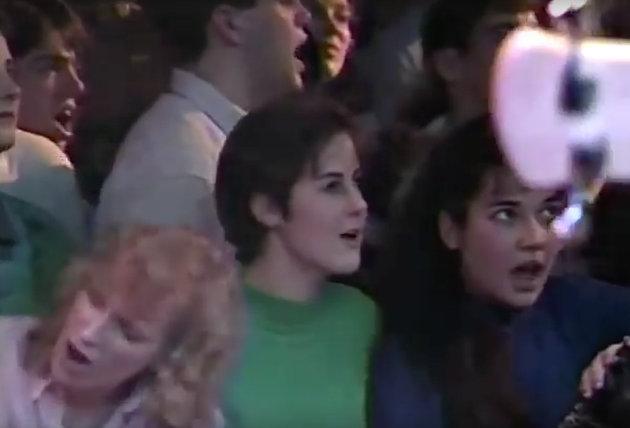 STill from video
Fans in 1990—early to The Tragically Hip, late at the Misty Moon.

Think back. Before The Tragically Hip was an icon. Before Gord Downie’s brain cancer diagnosis became another reminder how hard 2016 has been on legendary musicians. And long, long before The Hip’s farewell concert in Kingston turned into a much-anticipated national live streaming event. Back in 1990, The Hip was just a good rock band fronted by a great poet, relentlessly touring bars to build its name. So it played venues like Halifax’s Misty Moon, from whence a Reddit thread recently brought to light an hour-long Hip concert that Much Music filmed 26 years ago (embedded below).

The Moon was a horrible, wonderful place with the sort of almost-free happy hour drink prices that are now illegal, and a mandate to put on live music in order to justify its open-to-the-wee-hours liquor license. Located where the Discovery Centre is now, just down Barrington Street from Grand Parade where tomorrow’s concert will be shown, it collected a large and diverse crowd as lesser bars closed for the night. In this way, it was a discovery centre of another kind, my illustrative Moon experience involving a friend who left the bar after a consensual encounter and walked straight to the emergency room to get an STI treated.

Certainly the Moon audience for The Hip’s concert seems into the show. “It’s powerful warm in here,” says a sweat-drenched Downie at 36:14, before introducing “a song about a dude who I don’t really know, but I lived close to for a while.” That would be “38 Years Old,” far more familiar to us now than the long hair Downie’s sporting on stage.

I wasn’t at that show. My Hip appreciation came years later, forged during an assignment to cover the band about to embark on yet another tour. The musicians, the roadies, management and media gathered in Saint John for a few days before the tour kicked off at the Harbour Station arena. The first night, the hotel bar closed at its normal time—too early—and I went back to Downie’s room to wind down with some Scrabble. He played the seven-letter “encages” to start the game.

By the second night in Saint John, arrangements had been made. The hotel bar stayed open past its bedtime. Hell, it stayed open past my bedtime. For all I know, it didn’t close. And why would it? For the king of bar bands, the party is never supposed to end.