Without Consultation looks at the ripple effects of the tax credit cuts. 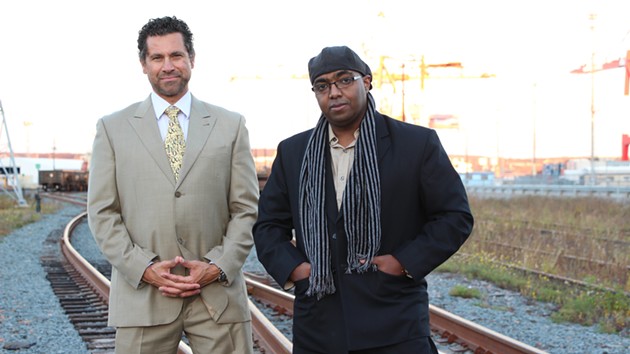 John Saunders
Fateh Ahmed (right) and co-producer John Saunders (left).
“Change will never be delivered to you on a golden plate,” says filmmaker Fateh Ahmed. “If you want to experience change you need to pursue it.”

That’s what Ahmed is trying to do through his documentary Without Consultation. For the past two years, he has gathered footage and conducted interviews about the Film Industry Tax Credit cuts.

In 2015, the province chopped the film tax credit by 75 percent, meaning the credit would only cover 25 percent of eligible production costs—compared to 100 percent in the past. The decision was immediately met with criticism from workers in the industry.

Ahmed’s work started off by filming some of the rallies and demonstrations which followed.

“My intention at the beginning was not actually to make a film or make a documentary,” he says. “I was just pretty much observing and just being part of the huge buzz that was being created at the time.”

Ironically, it was the beginning of a film about films made during a time when it’s difficult to make films, “with a flat zero budget,” says Ahmed.

He interviewed more than 25 folks both in and outside of the film industry, from politicians to business owners. It was important, he says, to tell a fair story. Actor John Dunsworth (Jim Lahey from The Trailer Park Boys and Dave Teagues from Haven), filmmaker Cory Bowles and (now outgoing) independent MLA Andrew Younger are among those featured.

“This film actually provides an equal voice and an opportunity to all,” says Ahmed.

There’s no way Ahmed could have known his film would be released to the public just ahead of a provincial election, but he hopes it will help voters to make an informed decision when they go to the polls on May 30.

Although the cuts have caused a number of film industry workers to pack up and leave, Ahmed is hopeful.

“At the end of the day, we still have an industry,” he says, pointing out that most of the people he’s interviewed are staying put and trying to make it work. “We’re not giving up. Governments come and go, our passion never leaves. We’re here to stay.”

Without Consultation will be available online for free on May 20.

“It’s a story many lessons could be learned from.”

Without Consultation (Trailer) from Core Film Productions on Vimeo.