Who is running for council in District 4: Cole Harbour —Westphal? | City | Halifax, Nova Scotia | THE COAST

Who is running for council in District 4: Cole Harbour —Westphal? 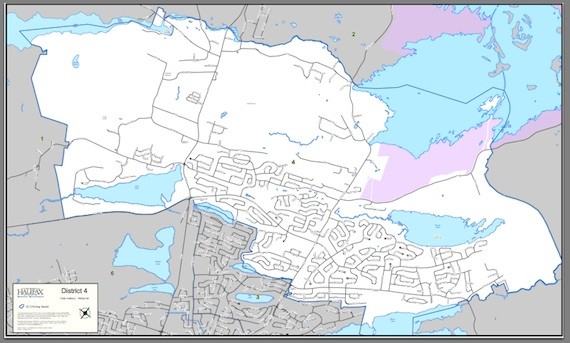 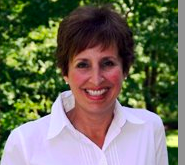 
20 questions from The Coast

Tuesday was the deadline for candidates to file with the city's election office, and when the list of candidates was released I was most excited about the candidacy of Angela Jones in District 4- Cole Harbour. I wrote:

Up until the last moment, it looked like sitting councillor Lorelei Nicoll, a moderate who hasn’t made a lot of waves, would be unopposed. But the biggest surprise of the election, so far, happened Tuesday when assistant city solicitor Angela Jones dropped her name in the hat. Jones has a million degrees and a Cole Harbour pedigree that runs deep (judging by her Facebook page, she is Sidney Crosby’s lover).

I'm not judging Jones' politics, which need to be more fully expressed before I form an opinion, but her resume is as impressive as they come for a council candidate. She was going to give Nicoll a good run for the money.

But this morning, city clerk and election officer Cathy Mellet sent out a press release saying that Jones has been disqualified as a candidate. Here's the release:

(Friday, September 14, 2012) - Upon review the Returning Officer for Halifax Regional Municipality today advised that Angela Jones is not eligible to seek office in the upcoming municipal election.

Ms. Jones, an HRM employee, filed her nomination papers for District 4 Councillor by 5 p.m. on September 11th but had not requested the permission for leave to run as required under Section 17 C (2) of the Municipal Elections Act. Under the Act municipal employees who choose to run in the municipal election must request leave to run no later than the date he or she officially becomes a candidate. There is no discretion in this matter and it is the sole responsibility of the candidate to ensure they are in compliance with the Act.

At first read, this is astounding news: a lawyer working for the city wanting to run for council failed to meet the legal requirements of the election act. What does this say about the quality of the city's legal department?

But Jones rejects the ruling in no uncertain terms, and says she has hired a lawyer and will fight it in court.

"This is crazy," she tells me over the phone. "This is your typical HRM foolishness that I'm running to try to put an end to. I just cannot believe—This is so egregious, it's really outrageous."

"I was fully aware of this section 17 of the municipal elections act—of course I was aware of it, I've written legal advice on it!" she says.

Jones says she went into Mellet's office on nomination day, that is, last Tuesday, the last day candidates could submit their names to be on the ballot, and discussed her situation with Mellet.

"I was fully prepared to send an email to the CAO requesting leave," she continues. "I had a strong conversation with Cathy Mellet and I said, 'Cathy, I'm already on leave,' and she said, 'actually, you're on parental leave." It was apparent they had already looked at it. And I said, 'yes, that's right, and when a woman is already on leave, she does not need to request leave from her employer."

Jones maintains the intent of the election code is that city staff do not run for election without a leave of absence, and her maternity and parental leave satisfies that intent.

"I was told very firmly and clearly—and I have evidence of this—by Cathy Mellet, she agreed that I was on a leave of absence, that I did not need to do anything further, that everything was fine, the nomination was in good standing. We discussed my leave at length—and I'm talking at length."

Jones declined to say what her evidence was, saying she's waiting for that to come out in court, if need be.

"Late the next day," Jones continues, "I'm hearing from my friends at city hall that they are freaking out that I am running."

Jones won't say who "they" are, at least for the moment.

"I'm going to fight this in court," says Jones. "Because they are trying to take away my democratic rights. You've seen them make legal mistakes in the past. This is another one. They don't even have the authority to tell me I'm disqualified. This whole thing is so ridiculous, that I can't even wrap my head around it.

"So I'm asking myself the question: Why don't they want me to run?"

Jones says she doesn't have an answer to that question.

The next step, says Jones, is to ask the court for an injunction agains the city.

After I spoke with Jones I called Mellet. Asked about Jones' assertion that the two discussed her leave situation at length, Mellet says she doesn't want to get in a back-and-forth about who said what.

At issue, says Mellet, is that Jones is disqualified under the elections act. "The requirement is clear under the act. It's clear in the [candidate] handbook."

And what about Jones' claim that Mellet has no authority to rule Jones disqualified?

"The question is not about my authority," answers Mellet. "It's about whether she is qualified. There's no discretion in the act. I have no discretion."

Councillor Lorelei Nicoll pulled out all the stops to get the UARB to reject the city's redistricting proposal, which would have split her Cole Harbour district in two. She organized an impressive community turnout at the UARB hearings, and was ultimately successful: the board reversed the city's plan, and kept the district intact.

Perhaps Nicoll's success demonstrates she has broad community support, and that why no one else has entered the race to oppose her. Nothing against Nicoll, but we're never a fan of election by acclamation—representatives should have to sell themselves to the voters and, on the other hand, potential future candidates could use the experience of campaigning, even in a losing campaign, to bring those skills forward when Nicoll eventually moves on.

So, somebody else enter the race already.