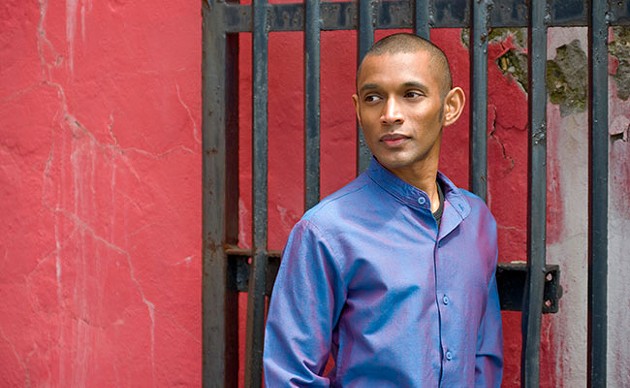 Contributed
Composer Dinuk Wijeratne could not believe it when he heard the news he'd won the Lieutenant Governor of Nova Scotia Masterworks Arts Award last week. "I heard wild ringing on my phone from a friend congratulating me," says Wijeratne. "I thought it was a hoax for a moment, so I needed confirmation before I could celebrate."

Fortunately, the truth was his orchestral score "Polyphonic Lively" won Nova Scotia's largest annual award for a work of art. It adds to his already impressive list of accolades, including Juno and ECMA wins and his appointment as composer-in-residence at Symphony Nova Scotia.

Vast and worldly experiences inform the Sri Lanka-born composer's $25,000 award-winning work. Having grown up in Dubai, studied in the UK and being invited by the Oscar-winning composer John Corigliano to visit his studio in New York, Wijeratne sees how differences can be complementary.

"I like exploring the possibility that musical voices, each conveying an idea that is either supportive or subversive, can coexist in a way that often eludes us in today's world," he says. "An orchestra is itself a metaphor for a community rich in difference, but committed to unity."

Nominated by prolific composer Christos Hatzis and performed by SNS, the 13-minute "Polyphonic Lively" garnered praise from the Masterworks jury for being "terrific in a visceral way," integrating an array of multicultural influences.

Despite large monetary prizes, Wijeratne—who has been described by the Toronto Star as "an artist who reflects a positive vision of our cultural future"—remains humble as he continues to entertain and inspire. "I'm trying not to look ahead too much; I just try to make every project as meaningful as possible," he says. "When you live in the moment and make every note count, great things can happen."