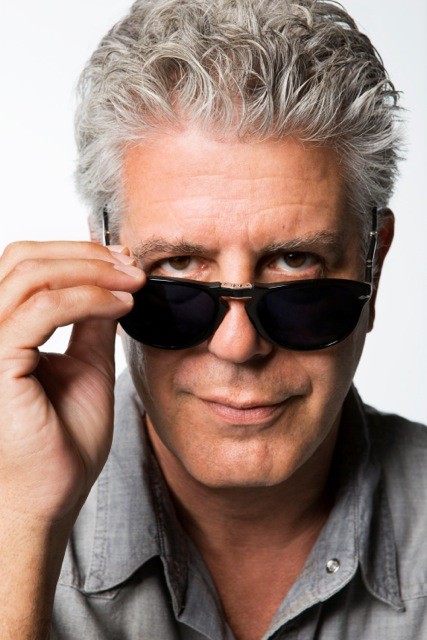 Anthony Bourdain, cooler than you

It’s been tough for Devour! The Food Film Fest’s Lia Rinaldo and chef Michael Howell to keep kitchen confidential on this one, but today they were finally able to spill the beans and announce that Anthony Bourdain will be helping them kick off this year’s festival in Wolfville. Holy shit, right?

“He was always our first choice, the biggest pick for both Michael and I. We started down the road with his agent and production company a year-and-a-half ago,” says Rinaldo. Given how young the festival was—this November brings it to Wolfville for the fourth year—and Bourdain’s in-demand stature, she says team Devour! crafted a proposal to bring him here for 2015. So imagine their surprise when a small window in Bourdain’s schedule lined up just right with Devour!’s opening gala this year, on November 12.

“He’s just such an authentic and true character, and he crosses over every aspect of our niche event,” says Rinaldo of the serious score for the fest, and Nova Scotia. “From TV to journalism to film to the kitchen, he just seems to line up completely with what we’re trying to do.” The author, television host and celebrated chef won’t just attend the festival’s opening gala, which will include an Order of Good Cheer celebration to induct all visiting chefs and special guests, he hand-picked the opening screening himself. Post-gala goodness, Bourdain will introduce his favourite food film of all time, Ang Lee’s Eat Drink Man Woman, as well as chime in with during audience Q&A to follow.

Wondering how in the hell you can assure you’ll be there to take it all in? A limited number of opening night packages are available starting at 11am for a cool $150 at ticketpro.ca, and you can watch for more tickets (and more announcements) in September.