Detroit's Royce da 5'9'' coming to Halifax on his Canadian tour

#WorldStar regular and friend of Eminem (freminem?) will play with local openers 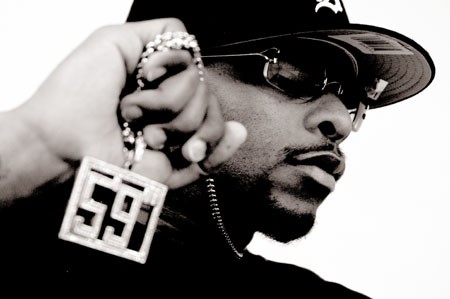 Courtesy: Shady Records
Detroit Vs. Everybody
Detroit rap heavyweight Royce da 5'9'' is coming to Halifax in May! The friend of Eminem (freminem?) from their duo Bad Meets Evil went on to work with some of the biggest names in hip-hop from Big Sean to TechN9ne to Common and more. His new album, Layers, will be out on April 15 and he continues to release collabs with some pretty dope people. Hitting four Atlantic cities (St. John's, Fredericton and Sydney), the Halifax show will feature Kelowna's Doug Crawford, as well as local openers who are currently competing via Facebook for the highest number of votes to open for Royce. Tickets are on sale now via etix and range from $25 (earlybird) to a VIP Meet & Greet package at $85, which gets you an autograph, a photo and no lineup. As Royce himself says, "I'm legendary, legen-legendary, I'm le-le-legendary." Don't sleep.