Two north end-brewed beers battle it out while snacks have a greasefest.

Is this getting exciting or what? Beer. Bar snacks. For a dozen days in row. There's plenty of gut-patting going on in The Coast office, and we're betting in living rooms all over town. Yum. Haven't a clue what we're talking about? Read this for the full story, if need be, or like Buddy over at the dive bar, just order 14 more beers and jump into the conversation willy-nilly. They'll love ya, promise. 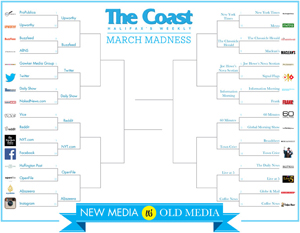 Before getting into today's serious business, let's review last night's drunken hilarity. Over in the beer category, folks were bellying up to the bar all night long, matching pint for pint, pint for pint, pint for pint. There were many elbows bended, and a few thrown in foul. It was a horrifically ugly night, and by closing time, the contest was decided by one measly percentage point, with Keith's just edging out Corona, 50.5 percent to 49.5 percent. This will be a game remembered for all of history. Or would've been, if people hadn't gotten so sloppily drunk. On the grub side, it wasn't even close: Chicken Wings slaughtered Onion Rings, giving the slimy vegetable a taste of its own tear-inducing misery.

Now for today's bouts. The beer contest pits two local favourites against each other: Oland Export, coming off a beer label-thin victory of Japan's Sappora, will face Granite Best Bitter, which last week convincingly walloped O'Doul's. These two beers are brewed within blocks of each other in Halifax's north end—Oland at the gigantic Agricola Street brewery, Granite just across Robie Street on Stairs Street. We predict drunken hooliganism throughout the contest, possibly within camera-shot of the ATV studio. Will Cindy Day take the beer bong challenge? Will Steve Murphy make a cameo, down a few dozen cold ones and condemn one of the contestants for having a french accent? Only time will tell.

On the snack side, we've got an old-fashioned grease vs grease snack attack. Neither side can even pretend to nutrition. I mean come on, Potato Skins ain't even the good part of the potato, just the dirty rind leftover from the indignations of a thousand field hands. Mussels, yea well, sure, find some actual seafood in there somewhere, and call the people who catalog the discovery of new planets circling Star Beta 4,000, because the meat-to-grease ratio in so-called "Mussels" is astronomically small. But hey, have at it:

The polls will be open until Monday morning. And don't miss a thing, get your daily reminders here.