The 23rd Atlantic Fringe Festival closes with a bang. 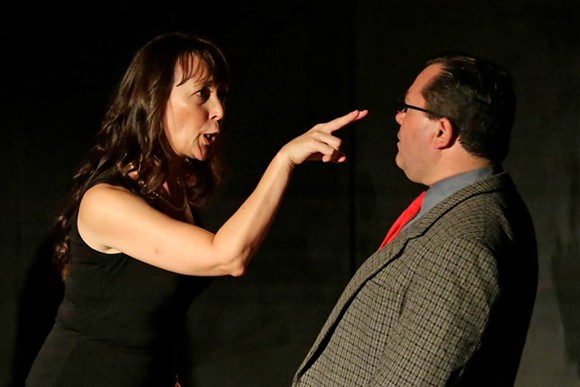 And the top 5 shows based on attendance are:

Down for the Count was named the mini-hit of the festival, consistently overselling their show.

And the the winners of the 2013 Jury Awards are:

The last day of the festival ended with a kick-ass party at the Argyle Bar and Grill, but before that, I had four more shows to see to complete my fringe binge. They were:

Urban Chameleon by Studio in Essence

Urban Chameleon is an all-woman acrobatic dance troupe that uses poles, acro yoga dance, an aerial hoop and aerial silks in their performance.

Their show "Species" is built around a central animal theme that's broken into 16 scenes with names like "A Wolf in Sheep's Clothing" and "Sad Panda". A David Attenborough-like narrator opens each scene with a humorous intro.

The grace and power of these women is awe-inspiring, and the show itself is a satisfying mixture of comedy, drama and pure spectacle.

Highly entertaining for both adults and children.

I saw a lot of comedy at this year's Fringe, and this show was among my favourites.

Lloyd Ravn is a funny man (which I've learned is surprisingly not the case with all comedians) with a well-shaped show.

His take on parenting includes the challenges of having a child with serious health issues, and the story weaves humour and pathos together in a satisfying way.

The thesis is that laughter is good medicine, and I'd say his show offers a healthy dose.

A screwball comedy that sends up the vagaries of government and features two strong female leads? Yes please!

Her boss, the randy Minister of Persuasion Frank Walker (Mark Adam) brings in Sophia Smart (Fiona Kirkpatrick Parsons) from the Department of Common sense to solve the problem.

Smart takes on the picky pencil-pusher Richard Clod (Rob McIntyre) and hoists him on his own petard.

There is comedy gold to mine from the workings of government, and playwright Ryan Van Horne has posted a surplus with this show.

MacIssac plays the inventor of "Unamunda", a language made up of arbitrary free-associations. Maggio is a stuttering misfit who hopes that learning the so-called "universal language" will help him to forge connections.

The premise is hysterical and the execution is flawless.

In Babel's in Arms, Ira Henderson and Dan Bray play Gorph and Canniphlit, two Mesopotamian construction workers who have been tasked with building the Tower of Babel.

Neither is particularly happy to be part of this "Egyptian pyramid scheme", so they cook up a way to get out of work while evading the bloodthirsty developer (Colleen MacIsaac) who oversees them.

A perfect note on which to end the Fringe!